Menu
View our Events
Stay Connected:
As business leaders focus on making plans around growth rather than around restructuring, one recruiter offers up some simple advice: stay positive and get ready for a phenomenal year. 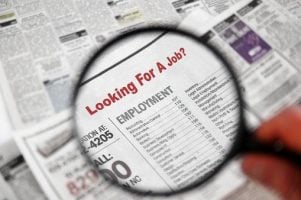 February 9, 2017 – Another survey seems to continue to defy imagination, given President Trump’s tumultuous first three weeks in office. But according to Express Employment Professionals’ hiring trends survey, a full three quarters (76 percent) of North American businesses plan to hire more workers during the first quarter of 2017. Only nine percent plan to eliminate positions.

This report follow the first Department of Labor jobs report under President Donald Trump, which saw the U.S. add 227,000 jobs last month as the U.S. unemployment rate stood at 4.8 percent.

The National Association for Business Economics’ business conditions survey indicates employment conditions moderated in recent months as 61 percent of respondents indicated hiring at their companies was unchanged during the past three months. Expectations for employment in the next three months were also roughly unchanged.

“Although profit margins remained flat, sales growth is becoming more widespread, and firms expect to achieve higher margins in the first quarter of 2017 through firmer pricing for their products and services,” said Stuart Mackintosh, NABE president. “At the same time, materials cost pressures also appear to be increasing. Panelists raised their expectations for economic growth by a fairly substantial margin, with just over two thirds now expecting GDP growth above two percent in 2017.”

Survey respondents who anticipate their companies will add workers in the next quarter fell to 30 percent in January from 33 percent in the October survey, while those expecting job reductions edged down to 14 percent from 16 percent. This results in a net rising index of 17, unchanged from October’s index consistent with readings over the last 12 months.

Karl Aavik, founder and president of Intrepid Consulting Group in Oak Brook, IL, said his firm has seen somewhat different results from the NABE survey. For Intrepid, which recruits senior leaders for the technology, manufacturing, and consumer goods sectors, January billings were up more than 20 percent, he said.

“The last three client meetings we were called into, one was to do a replacement of an executive that got promoted into a higher position,” Mr. Aavik said. “The second one was to replace an executive that had been recruited away by another company. And the third was to do a management assessment of an executive team because the board is looking toward a substantial growth program and they wanted to get an idea whether they have the right team in place to double the size of the company in the next few years.”

“So all three of those, in my mind, point toward pretty healthy growth-oriented hiring as opposed to, ‘We’re restructuring because we’re cutting costs.’ From our perspective, things look pretty darned positive.”

Last year’s election created a lot of uncertainty for businesses, Mr. Aavik conceded. Now that it’s been settled, no matter how one felt about the results, companies are feeling more free to move forward with hiring and other plans. Mr. Aavik said his expectations are much in line with economists who predict GDP growth better than two percent this year.

“My perception is that there was a lot of wait and see last year and I think a good part of it was due to the political season we were in,” he said. “The perception I have regardless of whatever side of the political spectrum you’re on, people are more enthused about the economy right now than they were three months ago.” Business leaders, generally, are making plans around growth rather than making plans around restructuring, he noted. “Everyone’s focus right now is on growth.”

Looking ahead, Mr. Aavik said he expects more of the same thinking. “The biggest changes will be in tax policy and the potential for companies to repatriate overseas earnings, both of which will be significant shots in the arm for the U.S. economy,” he said. “It’s going to be a great year. A great year for industry and a great year for the search industry in particular.”