Stay Connected:
People are looking for more from their work than money and job security alone. But a new study shows that employees and businesses disagree on what matters most. 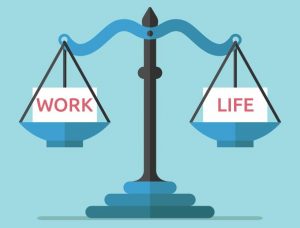 June 9, 2017 – Work-life balance is an increasingly critical ingredient in deciding where to work, according to a newly released study by Randstad, the staffing and recruitment company. That factor was considered important to 45 percent of individuals surveyed from around the world, making it the third highest priority in sizing up would-be employers. Work-life balance moves up a notch, from fourth, in last year’s rankings. Millennials in particular deemed it a priority.

Pay and job security remained at the top of most people’s lists in the 2017 “Randstad Employer Brand Research” report. Fifty-eight percent and 46 percent respectively ranked those factors as important in how they viewed a potential employer. Forty-three percent, especially women, pointed to a pleasant work atmosphere as a key determinant.

The study found a certain disconnect, however, between what individuals regarded as attractive in a firm and the core values cited by the companies that were surveyed. Being financial healthy (61 percent) was ranked No. 1 with businesses, followed by use of the latest technologies (56 percent) and having a good reputation (54 percent). In contrast to how individuals felt, companies ranked long-term job security (51 percent) fourth in importance and work-life balance (41 percent) in eighth place.

“When it comes to the importance of a future employer having the latest technology, respondents don’t even rank it within the top 10,” said the report. “This could be because employees expect their employers to have up-to-date technology and so it is a necessity and not an individual employee advantage that benefits them on a personal level.”

Employees, in fact, put “uses latest technologies” (42 percent) as the third least important offering by a potential employer. International career opportunities (55 percent) and having an entrepreneurial way of working (46 percent) ranked first and second. “The least important attribute – international career opportunities – is often presented as an advantage by employers,” said Randstad. “Over half of the respondents found this to be unimportant. This is probably because international opportunities involve outlay and upheaval – something not everyone is willing to undertake.”

What Candidates Want. Shifting Priorities for Job Seekers
Organizations need talented employees to drive strategy and achieve goals, but with an improving economy finding and recruiting the right people is becoming more difficult. A new report looks at the shifting priorities of job candidates.

In rating the work sectors, those surveyed continued, as in years past, to rank technology (51 percent), IT (50 percent) and life sciences (50 percent) as the most popular areas in which to work. IT took a dip, from 58 percent and its No. 1 standing in 2016.

Construction saw growth since last year, up to sixth this year from eighth in 2016, with 46 percent in 2017 versus 40 percent last year saying they consider it an attractive field. IT and FMCG (fast-moving consumer goods) saw the biggest drop. The latter went from 46 percent last year to 40 percent, continuing a decline in the study that started in 2015.

“Sectors like FMCG are struggling to maintain their appeal as economic turmoil has created an unfavorable marketplace,” said Randstad. “As the price of raw goods increases these companies are becoming increasingly pressured to cut costs which can have a negative impact on their employees.”

Will AI Enhance Jobs, or Destroy Them?
For all the fear that artificial intelligence will displace workers, a new report has shown that high numbers of employees believe it will actually help rather than hurt their future prospects by bringing more flexibility to their work.

Looking to the future, respondents around the world were largely unfazed by the rise of automation and the effect it will have on their jobs. Thirty-nine percent, in fact, said they were unconcerned, believing it would have no effect on them. Forty percent believed it would improve their jobs. “While almost half of all employees in North America and Europe and almost a third of employees in APAC and LATAM believe automation will have no effect on their job, their perception contrasts with reality,” said the study. “It is estimated that up to half of all jobs could be automated in the next two decades.”

The world is less unified, however, when it comes to whether automation will improve one’s work. “Over half of employees in APAC and LATAM believe that automation will make their job better, whereas less than a third believe this to be the case in North America and Europe,” said Randstad. “This may come down to a greater understanding of automation in these regions. There may be an understanding that automation will help with difficult manufacturing work and allow for new and better paid jobs in APAC and LATAM. The alternative however, could also true — employees in these regions may be less aware of the negative implications of automation and how it will affect their jobs.”

Around the world, most workers (58 percent) are willing to retrain as a result of automation if they were paid on par with their current salary or more. In North America, that number is 51 percent, versus 49 percent in Europe. Sixty-nine percent in both Latin America and Asia-Pacific expressed a willingness to retrain.

In this regard, Randstad pointed to a report by the World Bank Group that concluded: “Nobody can predict the full impact of technological change in coming decades, which may be faster and broader than previous ones. What is clear, however, is that policy makers face a race between technology and education, and the winners will be those who encourage skill upgrading so that all can benefit from digital opportunities.”