Stay Connected:
In the changing world of work, we all have to create our own career opportunities. But it's not easy. Here's what executive recruiters say might help us get access to confidential job openings and beat out passive candidates for top jobs. 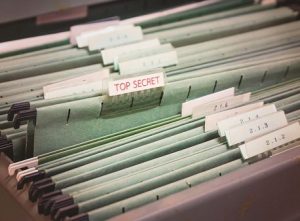 May 3, 2017 – Without question, significant numbers of executives feel that one of the biggest challenges to advancing their careers is simply being unaware of, or lacking accessibility to, job openings. The hidden job market, as some call it, is hardly a conscious effort on the part of recruiters to keep good talent in the dark. Instead, it is a byproduct of the changing, technological nature of the search industry, confidentiality concerns, and even would-be prospects essentially walling themselves off from outsiders.

These days, companies often make it difficult for recruiters to easily contact top level executives. Senior managers have employed phone systems that make it nearly impossible for those not affiliated with the business to gain direct access. Some of that is to keep sales people, job seekers, and various time wasters at bay. But in many ways, such firewalls can keep executives from hearing about what could be the perfect job.

Getting Past the Gatekeepers

“People don’t have access to a lot of openings because many times they’re not receptive,” said Victor A. Koppang, president and CEO of Bassett & Bassett Executive Search in Detroit. “If I have a high level search and I try to penetrate a company to look for a person at the level I’m seeking or if I want to ask if they know of somebody who might be interested, I have to wade through a myriad of gatekeepers to get to the right person. It’s very hard.” If you don’t have a referral, he said, you are immediately dumped into voicemail and are even asked to fill out an application online, or you’re talking directly to human resources. “But that’s our job. It’s a function of the business we choose to be in.”

Employees Will be Easy to Lose and Hard to Hire in 2017
It’s become clear over the last several years that the job market has been not only recovering, but transitioning. Consequently, the latest changes wrought have given way to an entirely new type of candidate profile, report recruiters from the field.

A recent study by the research group Vanson Bourne, conducted on behalf of Hypertalent, an executive search visibility and matching platform, revealed that 77 percent of executives surveyed in the U.K. and Switzerland considered market opacity and inaccessibility as major challenges to advancing their careers. Eighty one percent said that in a changing world of work, they themselves were responsible for creating their own job opportunities. Without question, many of the same concerns are playing out in the U.S.

Formerly the CEO of an energy company, Mr. Koppang said that he always made a point of giving anybody who wanted to talk to him at least 15 minutes of phone time. Besides learning of possible job openings, talking to people provided fresh ideas. “I understand that people don’t have an unlimited amount of time everyday to talk to whomever,” he said. “But the pendulum has swung way too far to the inaccessibility side, and as a result executives limit their ability to increase their own prospects and network base. At the end of the day, it’s the people you know, yes, but more importantly it’s who knows you. And if you hide behind this wall it just limits your opportunities.”

Relationships are critical, said Mr. Koppang. Looking toward the future, he said he is concerned about the communication skills of the leaders of ‪tomorrow. Especially Millennials. “Millennials hide behind everything,” he said. “They don’t communicate at all. It’s email and text, rarely the telephone, with very little interaction. It’s going to be a real challenge for executive search firms and staffing companies and employees because they’re limiting their access to nurturing a network. They’re not out there.”

Workers Looking to Land New Jobs In 2017
A new year means new beginnings, new opportunities, new resolutions, and for some workers, a new job. According to one new survey, more than one in five workers (22 percent) are planning to change jobs in 2017. Here’s where you might start looking.

Michael Muczyk, managing partner at Connor-Caitlin Talent Solutions in Medina, OH, said that he and his team often hear executives complain of missed jobs and other opportunities that would further their careers. In many instances, that’s because a recruitment firm is handling the assignment. To be in position to find out about many jobs calls for a certain receptivity to recruiters when they reach out.

“There are many reasons executives might not learn of a job opening, but one is that the role is a very confidential search because there’s someone currently in the position,” said Mr. Muczyk. The only way they learn of the opportunity is through an executive search firm. “One insight we have learned is that executives tend to be more responsive and respectful to firms like ours than lower level employees. Senior executives know that one of their best sources of industry insight and searches is a specialized human capital management firm.”

Mr. Koppang said that when he was between jobs, he reached out directly to search firms in his sector and introduced himself. He suggested that those seeking to build their careers do the same, even if they are in a good job already. “It’s a cliché, but the only time to look for a job is when you have one,” he said. “You lose a whole lot of leverage when you don’t.”

Top Recruiter Says These 8 Skills Will Keep You Competitive
One thing executive recruiters know inside and out are skill sets. Whether they look at soft skills or hard skills when they review any candidate’s ability to perform a job, this is the one area they look at more closely than anything else.

Truth be told, many search firms tend to go after candidates who aren’t looking for a job. Patricia A. Campbell, managing director of the Onstott Group in Wellesley, MA, said her firm predominantly calls on passive candidates. Which is not to say that others are unwelcome. “We have a robust database, and we also conduct original targeted research on each assignment,” she said. “That said, if an individual sends a resume in confidence, we do put it in our database for future opportunities that may be appropriate. We would never pass a resume to a client without first having a conversation with the individual to determine that person’s level of interest in the opportunity and fit for the client’s requirements. Confidentiality is at the core of our business.”

Mr. Koppang’s misgivings aside, internet resources are also an important consideration. “Social media has been a great help to the executive search business is terms of identifying potential candidates whose background and experience fit the needs of the client,” said Ms. Campbell. “It’s important to be present and updated on LinkedIn. While the fit might not be right, and the person might not make it to the slate of finalists, at least we have started a dialogue.”

Check Out These Related Articles On Finding New Job Opportunities: