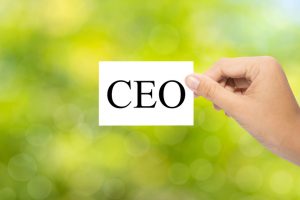 Mr. Neville joins Boa following his tenure as CEO and chairman of the footwear company Aerosoles Group. He began his career at Procter & Gamble and Visa USA. His career path turned to the footwear industry in the early ‘90s, when he joined Reebok International. During his tenure there, he served as vice president of USA marketing, general manager of Reebok France & European operations, and SVP and general manager of Reebok North America. In 1998, Mr. Neville joined Footaction USA as CEO and president and from 2004-2008 led Keds Corp. as president. Among his achievements, he spearheaded Footaction’s acquisition of Saucony. In 2009, Mr. Neville joined Avery Dennison as president of its $1.6 billion global retail and information solutions group, which primarily serves the global footwear and apparel industry.

“I am confident that with Shawn’s successful track record and passion for innovation, brand building, team building, and this industry, the next chapter of Boa will be even stronger,” said Gary Hammerslag, founder and chairman of the board of Boa Technology. “From our humble beginnings in 2001, when we created a breakthrough closure system for snowboard boots, Boa now works with over 300 premier brand partners around the world that have created products with over 80 million Boa dials, improving how consumers experience fit and performance.”

“This was a great example of a very close partnership between a board of directors, board of directors’ search committee and a search advisory firm,” said Mr. Damon, of Ventura. “The board search committee had received several recommendations on potential firms to use. However, rather than have the search committee make the firm selection, all the firms were asked to come and present to the full board. This allowed total buy-in from the entire board on which firm was chosen,” he said.

The process that unfolded was high touch and time intensive. “We spent a full day meeting the management team to truly understand the culture,” said Mr. Damon. “We were physically present for all search committee candidate interviews, and we sat in on the board meeting where the two finalist candidates presented in front of the board as if they were the sitting CEO. We also had the head of the search committee conduct several references on the candidates to augment our own process. This gave him first hand feedback which was very helpful and the net result was a tight process where the key decision makers had numerous face-to-face interactions with the candidates over a comfortable period of time. There is no better method of assessment than numerous personal interactions with a candidate over a period of time and in different circumstances.”

Mr. Damon, who sits on the boards of directors at Zildjian, Pearsports, TRX Training, the Special Operations Fund and serves as chairman at SHEEX, said nothing replaces having sat in the chair as a board director to understand all the nuances of a board selecting a new leader. “Understanding how they think, what is important to them, the politics that develop in the boardroom, etc., all of these issues have much more clarity when you have experienced them yourself directly,” he said.

Certain conversations at board meetings also help facilitate a search and provide better insight into the company’s culture. “Every board has an operating cadence,” Mr. Damon said. “Being able to observe that firsthand makes it much easier to describe that to potential CEO candidates. You also get firsthand views on the capabilities of the entire management team, the board’s view of the culture and what are the interpersonal characteristics, or fit, that will make for a strong partnership between the board and a new CEO.”

Ventura Partners, with particular depth in recruiting senior leadership talent for private equity-owned and owner / founder-run companies, and sports management concerns, specializes in recruiting CFOs for private equity-owned companies, C-level executives for consumer and retail companies, and directors of athletics, coaches and administrators in professional sports organizations, colleges and universities. The firm, which was founded in 2010 by Julie Ford, maintains offices in Los Angeles, Chicago and Atlanta.

With over 30 years of search experience, Mr. Damon has been a senior strategist recruiting for boards and C-suite executives on organization and talent management issues. Although he has recruited CEOs for well-known organizations like Oakley, Under Armour, Levi Strauss & Co., Burger King and the National Football League, he has spent the last 15 years focused on talent acquisition projects in small and mid-sized private equity-backed companies as well as in companies with existing strong founder-inspired cultures.

Check Out These Related Articles On Searches for Technology Companies: