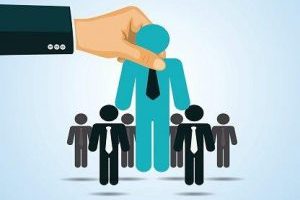 April 24, 2017 – Traditionally, an active candidate is a person actively or casually looking for a new job a few times per week, while one deemed passive is considered satisfied with their current role and therefore searches occasionally for a new job, if at all. But according to one new study, the definition of active and passive candidate, and the perceived value of each, is evolving.

Mobile devices now give candidates 24/7 social media access, which allows them to regularly monitor the job market and turn from passive to active job seeker with the click of an apply button. This has changed things, a lot,  according to a just released report by Hudson Global. Rather than active and passive candidates, some now refer to candidates as inbound or outbound. Inbound recruiting, so it goes, focuses on engaging with candidates who are looking or receptive to open positions. Outbound recruiting involves reaching out to candidates who are not actively seeking new jobs.

According to Hudson, recruiters spend the majority (63.5 percent) of their time focused on active candidates, yet when it comes to the perception of quality, they still tend toward a bias for passive candidates.

“The language of ‘passive’ and ‘active’ candidate is going away,” said Mike Wolford, an author of the report and sourcing manager at Hudson Americas. “Referring to passive and active candidates infers that recruiters have some control on when a candidate is activated into a job search. The truth is we don’t.”

If a person has a bad day at work or suddenly gets passed over for an expected promotion, they can instantly become an active job seeker, said Mr. Wolford. “When we present candidates to a hiring manager, they don’t know if the person came from passive sourcing or applied online.” He said we need to get rid of this ‘sourcing snobbery,’ and drop the perception that passive candidates are higher quality, which is solely based on myth.

Whether active or passive, inbound or outbound, a compelling and well communicated employer brand appeals to candidates. Nearly nine out of 10 (88.1 percent) recruiters indicated the employer brand has an impact on keeping all candidates engaged, according to the Hudson report. 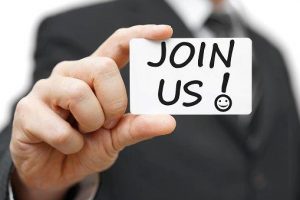 As organizations strive to go lean, they are increasingly paying attention to how their exiting employees view them. And social media platforms are responding – and evolving as a consequence. Forums that were once used by disgruntled employees, like Glassdoor, are now used as channels for potential job candidates to seek balanced, inside information about companies. Providing feedback about former employers is now not only socially acceptable, it is even viewed as a social good – a voluntary act of kindness as well as a responsibility to inform potential job candidates about everything from the work environment to people practices and leadership ….. Take part in the latest research on the topic –and get a full report of the findings for free.

Recruiters cite LinkedIn InMail most often (83.2 percent) as the method for attracting passive candidates; and they use the platform at a far greater rate than they did for active candidates (56.0 percent).

“LinkedIn’s popularity underpins the need to customize emails and stand out from the crowd,” said Kasey Butler, another of the report’s authors and senior client relationship manager at Hudson Americas. “You’ve got to demonstrate that you read the candidate’s profile and provide a compelling reason why the candidate should consider the role.” Also, given the high quality of candidates referred into a company, all companies should have a user friendly, well communicated referral program that incentivizes employee participation, she noted.

“LinkedIn is a powerful channel, but every sourcer should be hesitant to rely on any one channel,” Ms. Butler added. “If 90 percent of recruiters are using InMail, it means that all your competitors are using it to reach many of the same candidates. It just ends up becoming a lot of noise for the candidate.” You need to identify your talent market and get to know them, she said. Otherwise, what makes your InMail any different from what they are already getting?

Of the 16 engagement tools rated by recruiters in the survey, 10 were rated as ‘effective’ (four or five on a five-point scale) by at least one half of respondents.

Phone calls were rated most effective overall, selected by 88.9 percent of the recruiter respondents. Recruiters rated personalized email (85.5 percent) and recruiting agencies (81.5 percent) as the next two most effective methods. These top three methods are fairly traditional, but clearly still deliver results. They also don’t rely on the candidate responding to a posting or seeing a job opening notification.

Interestingly, LinkedIn job postings were rated as effective for attracting passive candidates by nearly three-quarters (72.8 percent) of recruiters, online job boards by nearly one half (45.6 percent), and newspaper ads and Craigslist by one third (33.3 percent). All of these methods require the passive candidate see the job notification and proactively reach out to the recruiter.

Boolean searches were rated as effective by 79.2 percent of recruiters. Boolean sourcing allows recruiters to search for candidate information, including resumes and cover letters, stored within personal websites and on job boards and social platforms.

“In my view, recruiters are going to solicit and should use the communication method that makes them most comfortable whether it is email or phone,” said Mr. Wolford. “When calling a candidate, do it from a cell phone and not a company landline. If a candidate sees a general number, such as one with a ‘5000’ at the end, they are less likely to pick up. Above all, be specific and use a specific call to action whether it is an email, phone call or voice message.”

How many contact attempts are required to activate a passive candidate? Only 11.5 percent of recruiter respondents indicated that one contact was enough to convert a passive candidate into an active one, while the largest segment (64.4 percent) indicated it would take two or three contacts.

Surprisingly, not all recruiters are tracking the number of contacts it takes to successfully engage a passive candidate, with 13.3 percent of respondents saying they don’t know how much contact the process takes. Sourcing and recruiting passive candidates requires ‘more aggressive’ engagement efforts, according to 82.6 percent of the study’s recruiter respondents.

“Tracking candidate outreach is essential, and I find that RPO recruiters are exponentially more disciplined in their data entry and ATS usage than corporate recruiters and headhunters,” said Jenifer Kihm, Phd, a third author of the report and an industrial / organizational psychologist. “If you don’t track outreach, you won’t know what works best and what to expect,” she said. “The best recruiters are like sales people when it comes to knowing what works and how much outreach is required to get a meeting.”