Stay Connected:
Adjusted for inflation, real wages are expected to rise only one percent worldwide in 2019. A new workforce report by Korn Ferry offers a region-by-region breakdown of anticipated wage growth on the horizon, and it may not be what you want to hear. Let’s take a look at the latest findings. 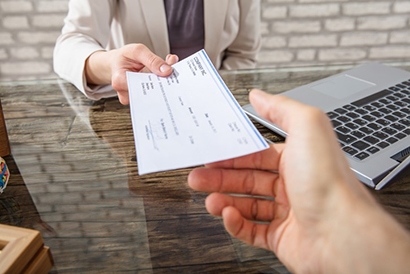 January 23, 2019 – When it comes to compensation, this may well be a year that will make neither companies nor their workers very happy. Companies are expected to keep raising salaries this year — 5.1 percent, on average, according to the recently released Korn Ferry’s annual global salary report. But after accounting for inflation, real salary growth will only be one percent, even lower than last year’s 1.5 percent forecasted increase.

“The percentage of salary increase or decrease will vary by role, industry, country and region, but one thing is clear, on average, employees are not seeing the same real pay growth they did even one year ago,” said Bob Wesselkamper, Korn Ferry’s global head of rewards and benefits solutions.

Analysts say the situation is bound to create some frustration. Companies are spending more money on employees, but that extra cash isn’t really helping workers build much wealth.

In North America, for instance, the average salary growth is predicted to be 2.8 percent in 2019, according to Korn Ferry. But when adjusted for inflation, the real-wage growth is expected to be 0.6 percent, down from last year’s one percent. The outlook for South American salaries is slightly better, with salaries rising 4.6 percent, on average, or 1.3 percent after inflation. Nevertheless, 1.3 percent is still lower than the 2.1 percent growth that was projected for 2018.

The best real salary growth will happen in Asia, according to the report. Salaries are forecast to increase by 5.6 percent, up from 5.4 percent last year. Inflation-adjusted real wage increases are expected to be 2.6 percent, the highest globally, but down from 2.8 percent last year.

The rest of the world will not see anywhere near as much growth. In Africa, companies will be raising salaries 7.7 percent —the highest increase in the world. Go past the headline, however, and the raise is a modest 0.9 percent after inflation. In the Middle East, after-inflation salaries are expected to rise just 0.4 percent. Salaries in the Pacific region (which includes Australia and New Zealand), will grow only 0.3 percent after inflation.

In response to the mediocre wage increases, Korn Ferry’s experts said that leaders regard salaries as part of an overall compensation package. Because inflation is eating away gains, employees might appreciate different benefits, such as more days off, a flexible work schedule, or increased pension plan contributions.

Wage Growth Seen in Most Recent Quarter
Wages for U.S. workers grew 3.5 percent over the last year, increasing the average wage level by 95 cents to $27.81 an hour, according to the latest ADP “Workforce Vitality Report. The report tracks the same set of workers over time, which provides a more insightful picture of wage growth than overall wage growth.

Or, as Benjamin Frost, Korn Ferry’s global general manager for pay, said: “We recommend that companies take a broader perspective by defining and agreeing upon their own measures of cost drivers, business strategy, and local trading conditions.”

U.S. employers are projecting slightly larger pay raises for employees in 2019 as the unemployment rate has fallen sharply and the job market has tightened, according to a recently released Willis Towers Watson report. The survey also found employers rewarded their top performers with the biggest raises this year and are projecting modestly larger discretionary bonuses next year in their ongoing effort to reward and retain the best performing employees.

The study examined pay for CEOs at the nation’s 300 largest public companies, included. Median revenues for the 300 businesses were $18.7 billion.