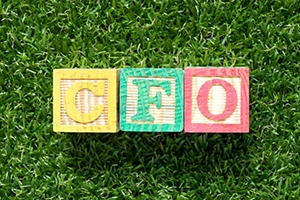 January 23, 2019 – Chief financial officers continue to be in high demand. Finding them is keeping many of the nation’s top recruitment operations busier than ever. In recent months, search firms of all varieties have placed CFOs at various companies.

Recently, executive search firm Polachi Inc. placed Will Porter as the CFO of ObserveIT in Boston, MA. “We wish a great candidate much success at one of our truly great clients,” said search firm partner Charley Polachi, who spearheaded the assignment.

Mr. Porter brings extensive financial, accounting, legal and operational experience in high-growth environments. He is a seasoned CFO with over 25 years of experience in the finance, accounting, tax, HR and operations areas, including a significant background in fundraising, mergers and acquisitions, and the building of finance, legal, HR and IT organizations. Prior to joining ObserveIT, he served as CFO of both BlueTarp Financial and Signiant.

Mr. Porter joins ObserveIT in the wake of the company’s record 2018, including a 50 percent increase in fourth quarter bookings, raising $34 million in B round funding, being named by the Boston Globe as one of the Top Places to Work in Massachusetts and BostInno voting ObserveIT one of its 2018 “50 on Fire” businesses.

With more than 1,700 global customers across all major verticals, ObserveIT is an insider threat management solution that empowers security teams to detect insider threats, streamline the investigation process and prevent data exfiltration.

Mr. Polachi recruits CEOs, board members, and other officer-level executives for public and private technology companies. He also oversees Polachi Inc.’s venture capital and private equity specialty practice, which is dedicated to recruiting partners for leading venture capital and private equity firms around the world. Among his honors, Mr. Polachi was previously named among BusinessWeek’s Top 100 Most Influential Headhunters in the world.