Stay Connected:
A new workforce report by ADP offers a region-by-region breakdown of wage growth in recent months as well as what’s on the horizon. Let’s take a look at the latest findings as executive recruiter Stacy Pursell of Pursell Group shares her insights. 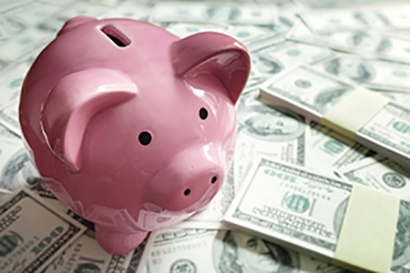 October 26, 2018 – Wages for U.S. workers grew 3.5 percent over the last year, increasing the average wage level by 95 cents to $27.81 an hour, according to the latest ADP “Workforce Vitality Report. The report tracks the same set of workers over time, which provides a more insightful picture of wage growth than overall wage growth.

“Full employment is upon us,” said Ahu Yildirmaz, co-head of the ADP Research Institute. “This is evident in the gradual slowdown we’ve seen in overall job switching for the past year, coupled with an acceleration in wage growth for switchers. As the labor market tightened, employers focused on providing the pay and benefits that would attract and retain skilled talent, making job holders less apt to switch.”

Among industries, information continued to lead the way for both wage level and wage growth. In addition to the top overall wage growth number of 6.2 percent, those who successfully switched positions to the information industry had wage growth of 9.8 percent.

Employees in the resources and mining industry saw their wages decrease (-0.2 percent, $34.91) and businesses with less than 50 employees experienced the slowest wage growth (2.0 percent, $25.56).

The Workforce Vitality Report also revealed that more than 20.9 percent of U.S. employees successfully switched firms in the last year. This highlights an overall slowdown in job switching. On the other hand, wage growth for job switchers gradually accelerated during this same time period, currently at 5.6 percent. “Given that the U.S. labor market is at full employment, and there is a shortage of skilled labor, this is not surprising as employers look to attract and retain top talent with premium wages,” the report said.

U.S. employers are projecting slightly larger pay raises for employees in 2019 as the unemployment rate has fallen sharply and the job market has tightened, according to a recently released Willis Towers Watson report. The survey also found employers rewarded their top performers with the biggest raises this year and are projecting modestly larger discretionary bonuses next year in their ongoing effort to reward and retain the best performing employees.

“The focus for employers in this market is definitely on hiring the best candidates and retaining their best employees,” said Stacy Pursell, CEO of the Pursell Group. “Talent is at a premium right now. Because of that, employers have no choice but to spend more money recruiting top talent in the marketplace and also compensating the star employees they already have. If they don’t do the latter, then there is a very real risk that competing organizations will attempt to hire their best employees away.”

Professionals are more willing to change positions and change employers, especially under current market conditions, Ms. Pursell said. “One reason for this is the arrival of the Millennial generation in the workforce during the past decade,” she said. “Millennials by their very nature crave challenges, and they’re more willing to seek them out. Another reason is the scarcity of talent in the marketplace, which has created more and better opportunities for those professionals who are willing to explore them.”