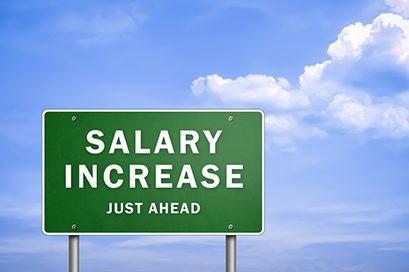 September 4, 2018 – U.S. employers are projecting slightly larger pay raises for employees in 2019 as the unemployment rate has fallen sharply and the job market has tightened, according to a newly released Willis Towers Watson report. The survey also found employers rewarded their top performers with the biggest raises this year and are projecting modestly larger discretionary bonuses next year in their ongoing effort to reward and retain the best performing employees.

The survey also found companies continue to reward their star performers with significantly larger pay raises than average performing employees. Employees receiving the highest possible rating were granted an average increase of 4.6 percent this year, 70 percent higher than the 2.7 percent increase granted to those receiving an average rating.

Indeed, the survey found companies are projecting that discretionary bonuses — generally paid for special projects or one-time achievements — will average 5.9 percent of salary for exempt employees, slightly larger than companies budgeted for this year. Slightly larger discretionary bonuses are planned for managers and salaried, non-exempt employees. Annual performance bonuses, which are generally tied to company and employee performance goals, are projected to hold steady or decline slightly in 2019 for most employee groups, the report said.

“A growing number of companies are coming to grips with the fact that employees are more willing to change companies to advance their careers and to talk openly about their pay,” said Ms. McLellan. “As a result, organizations are facing increased pressure entering next year to devise a focused strategy and plan on how to allocate their precious compensation dollars or risk losing some of their best talent.”

The Willis Towers Watson Data Services General Industry Salary Budget Survey was conducted between April and July, and includes responses from 814 companies representing a cross section of industries. The survey report provides data on actual salary budget increase percentages for the past and current years, along with projected increases for next year.

Wages for U.S. workers grew three percent over the last year, increasing the average wage level by 80 cents to $27.46 an hour, according to the latest ADP “Workforce Vitality Report.” The report tracks the same set of workers over time, which provides a more insightful picture of wage growth than overall wage growth.

“We’re seeing interesting shifts in labor-market dynamics this quarter,” said Ahu Yildirmaz, co-head of the ADP Research Institute. “Employment growth for new entrants has dipped to -0.1 percent, while it has increased by 4.5 percent for those who are 55 and older.”

“In addition, job switchers who are 55 and older are seeing wage growth of 6.3 percent which is 1.5 percent higher than the prime workforce group who are 35-54,” Dr. Yildirmaz said. “This shift suggests employers are searching far and wide for skilled talent and workers who were once sitting on the sidelines have begun to return to the labor market in response.”

“The focus for employers in this market is definitely on hiring the best candidates and retaining their best employees,” said Stacy Pursell, CEO of the Pursell Group. “Talent is at a premium right now. Because of that, employers have no choice but to spend more money recruiting top talent in the marketplace and also compensating the star employees they already have. If they don’t do the latter, then there is a very real risk that competing organizations will attempt to hire their best employees away.”

Professionals are more willing to change positions and change employers, especially under current market conditions, Ms. Purcell said. “One reason for this is the arrival of the Millennial generation in the workforce during the past decade,” she said. “Millennials by their very nature crave challenges, and they’re more willing to seek them out. Another reason is the scarcity of talent in the marketplace, which has created more and better opportunities for those professionals who are willing to explore them.”