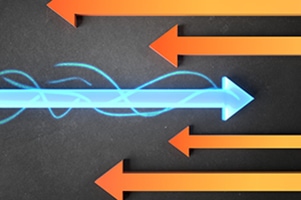 February 14, 2019 – Executive recruitment firms have made a number of top leadership appointments over the past year, many focused on strategy, growth, branding efforts and operations. The latest: U.K.-headquartered executive search firm VMAGROUP has appointed Andrew Harvey as CEO. He succeeds Julia Meighan, who moves into the role of chair.

Mr. Harvey came to the firm in 2013, and for the last two years has been U.K. executive director, responsible for the growth and development of all aspects of the U.K. business. As CEO, he will focus on driving growth from the company’s recruitment and executive search services across the entire international business, including offices in Belgium, France, Germany, the Netherlands and in the U.K.

“Over the last two years Andrew has been instrumental in driving the growth of our U.K. business and I am delighted that he is now taking on the group CEO role,” said Ms. Meighan. “For my own part, I am looking forward to continuing meeting with our clients, providing long-term strategic oversight and guidance to the firm, and further developing my career as an executive business coach to senior communications and marketing professionals.”

Mr. Harvey said he was excited about his new role. “This is an exciting new challenge in my career and I am looking forward to working with the senior management team to ensure that our long-established VMAGROUP brand continues to respond effectively to the challenges and trends in recruitment and executive search that the communications, digital and marketing sectors face today,” he said.