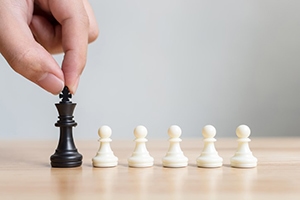 September 20, 2018 – Executive recruitment firms have made a number of top leadership appointments since the start of the year, many focused on strategy, growth, branding efforts and operations. The latest: Perth, Australia-based executive search firm Gerard Daniels has appointed Alison Gaines as the company’s global CEO.

Following a 12-year tenure as the head of its board consulting practice and recently as managing partner of Gerard Daniels’ Asia Pacific practice, Ms. Gaines will now lead the firm to continue to drive growth across all regions and offices. She will work closely with the advisory board, which includes the firm’s founders, and executive management group to execute strategy and lead financial performance, business development, assignment quality, internal talent acquisition and compliance.

“Alison’s appointment marks the first time in our 33-year history that the CEO role has not been held by a founding partner of the company,” said Lloyd Smith and Michael McAnearney, founding partners and directors of Gerard Daniels. “We see a tremendous opportunity with Alison, who is focused on growing Gerard Daniels by providing outstanding service to our clients, partners and stakeholders.”

Ms. Gaines has over 20 years of management experience, focusing on professional services and human resource management. She spent nine years as CEO of the Law Society of Western Australia, and prior to that was as a senior public servant responsible for government’s strategic human resource management. She also sits on the international boards of College of Law and INSEAD Directors Network and is president of the Australian Institute of Management.

“It’s a great honor to be leading such a forward-looking and talented group of professionals across our ever-growing global network,” said Ms. Gaines. “Working closely with the executive management group and advisory board, I look forward to continuing to grow the exquisite reputation Gerard Daniels has built in existing markets, as well as new markets.”

Established in 1986, Gerard Daniels is an international executive search and board consulting firm with offices in the regions of Asia Pacific, Europe, Middle East & Africa and the Americas. The firm serves a wide array of industries and senior roles.

Top leadership appointments, particularly naming women, have been gaining traction at executive search firms over the past year. Here’s a look at several taken from the Hunt Scanlon Media archives: