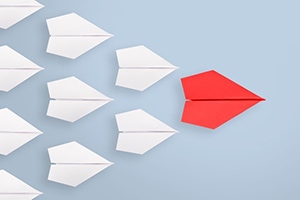 January 22, 2019 – Executive recruitment firms have made a number of top leadership appointments this year, many focused on strategy, growth, branding efforts and operations. The latest: Waltham, MA-based WinterWyman appointed Scott Ragusa as president, succeeding Bob Boudreau, who had been CEO since 2002.

Mr. Ragusa was previously president of WinterWyman’s contract staffing and contingency search businesses. He will now be the executive in charge of companywide operations as the firm shifts away from retained recruiting to contingency and interim work. Mr. Ragusa joined WinterWyman in 1999 after more than five years with two national temporary search firms.

“Bob did a great job helping to drive WinterWyman’s growth and success, and we really appreciate his years of service,” said WinterWyman’s board of directors. “We are fortunate to be able to promote Scott Ragusa to president of WinterWyman as the executive in charge of all operations. Scott is a recognized leader in the staffing industry and for many years has led most of our revenue-producing and customer-facing activities. We look forward to Scott leading WinterWyman into a bright and promising future.”

Mr. Ragusa thanked Mr. Boudreau for his leadership and dedication to the company. “I’m excited to assume this new role and for the future of the company,” he said. “We have a fantastic team that continues to help our clients grow their businesses and our candidates grow their careers.”

WinterWyman has been advising an expanding client base for more than four decades. The firm supports leading organizations, from start-ups to some of the most recognized global brands. For more than 45 years, WinterWyman has helped thousands of companies – from Fortune 500 powerhouses to cutting-edge start-ups – identify, attract and recruit talented professionals.