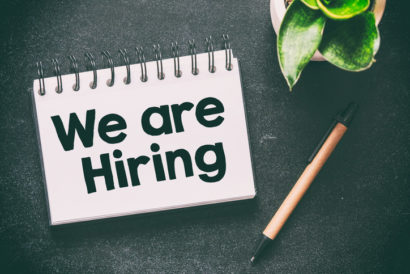 December 10, 2019 – U.S. employers expect the hiring pace to remain steady into the first 90 days of 2020 though regional and industry forecasts are mixed, according to the latest “Employment Outlook Survey,” released today by ManpowerGroup. Employers in all U.S. regions and industry sectors said they were expecting headcount to grow. This is the eighth consecutive year of double-digit hiring outlooks in the U.S., according to the survey of more than 11,500 U.S. employers.

“Continued concerns over trade uncertainty are leading to some uneven market conditions in the U.S., yet the overall labor market looks resilient heading into the new year,” said Becky Frankiewicz, president of ManpowerGroup North America. “With 7 million jobs open for 11 straight months and ongoing positive hiring intentions across all industries, employers need to work harder to match people to the right roles.”

Employers in all four regions in the U.S. showed a positive outlook for the coming quarter. Employers in 23 percent of the businesses surveyed in the Midwest said they expect workforce gains in the first quarter of 2020. With five percent anticipating to trim payrolls and 71 percent expecting no change. Hiring sentiment was moderately stronger in three of the Midwest’s industry sectors when compared with the prior quarter: financial activities, professional and business services and wholesale and retail trade. Slightly stronger labor markets were reported for three regional industry sectors: education and health services, leisure and hospitality, and other services.

In the Northeast, 21 percent of businesses surveyed said they expect to increase payrolls in the January to March timeframe, while six percent expected a decrease and 71 percent anticipated no change. Employers in two Northeast industry sectors reported moderately stronger hiring intentions when compared with the final quarter of 2019: durable goods manufacturing and nondurable goods manufacturing. Slightly stronger outlooks were reported for three regional industry sectors: construction, financial activities, and professional and business services.

Employers expected to add to payrolls in 24 percent of businesses surveyed in the South during the forthcoming quarter. With three percent of the South’s employers expecting to trim payrolls and 72 percent anticipating no change. Leisure and hospitality sector employers in the South reported moderately stronger hiring intentions when compared with the prior quarter, while slight improvements were reported in the construction and transportation, and utilities sectors. Relatively stable hiring prospects were reported in eight of the South’s industry sectors in a comparison with the final quarter of 2019: education and health services, financial activities, government, information, nondurable goods manufacturing, other services, professional and business services, and wholesale and retail trade.

During the first quarter of 2020, employers in 22 percent of the businesses surveyed in the West said they expect to grow payrolls, while five percent said they anticipate a decline and 72 percent expected no change. Hiring sentiment remained relatively stable in four of the West’s sectors when compared with the previous quarter: financial activities, leisure and hospitality, nondurable goods manufacturing and transportation, and utilities. Professional and business services sector employers in the region said they anticipate a considerable decline in the hiring pace when compared with the prior quarter, while moderately weaker hiring intentions were reported for the durable goods manufacturing and wholesale and retail trade sectors.

Payroll gains were anticipated in all 26 Europe, Middle East and Africa (EMEA) region countries surveyed during the first quarter of 2020. In a comparison with the final quarter of 2019, hiring plans strengthened in 10 countries, but weakened in 12. When compared with this time one year ago, outlooks improved in eight countries, but declined in 13. Employers in Greece and Romania anticipated the strongest hiring pace during the next three months, while the weakest labor markets were forecast in Italy and Spain.

Unemployment Rate Dips Again as Economy Pushes Forward, Despite Concerns
Employers added 266,000 jobs last month as the U.S. unemployment rate dropped slightly to 3.5 percent, according to the most recent U.S. Bureau of Labor Statistics report. The increase was above the 180,000 forecast by economists. The November gain is the 110th consecutive month of job growth. The number of unemployed currently stands at 5.89 million.

In the Americas, employers in nine of the 10 countries surveyed said they expect to increase payrolls during the next three months, while Panama employers reported uncertain hiring plans and the only negative forecast globally. In a comparison with the final quarter of 2019, hiring intentions improved in two Americas countries, but declined in eight. When compared with this time one year ago, employers in three countries reported stronger hiring prospects, while outlooks weakened in seven. The region’s strongest labor markets were anticipated in the U.S. and Colombia, while the weakest hiring sentiment was reported in Panama.

“I always look forward to the Manpower report on nationwide hiring intentions,” said Richard Risch, founder, chairman and CEO of New York-based executive search firm Risch Group. “First, I am a Milwaukee boy, born and raised. So I have several close contacts at the firm who I stay in touch with to talk Packers, Brewers and, of course, hiring trends.”

Related: Employers to Continue Hiring Plans into Final Quarter of 2019