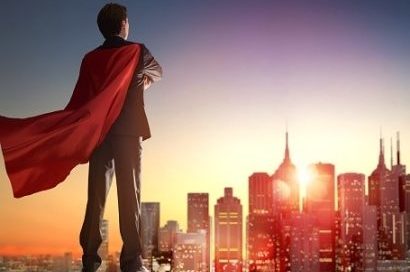 March 18, 2019 – Although chief executives continue to be upbeat about the economy, their confidence levels have dropped in recent months, according to the latest report by the Conference Board. Meanwhile, the Worker Confidence Index (WCI) compiled by HRO Today Magazine and Yoh found that American workers’ confidence remained relatively stable last quarter and enjoyed a 2.6-point year-over-year rise compared to last year.

“Despite some ups and downs during the past 12 months, 2018 was an encouraging year for businesses and their employees as evidenced by the latest WCI results,” said Jonathan Grosso, senior vice president, enterprise solutions at Yoh. “However, with workers feeling more confident in their careers, it does mean that highly skilled and available talent is becoming more and more scarce.”

“Because of this, employers must work harder to retain their talented staff,” he said. “Through appropriate compensation, company culture and workplace transparency, managers must actively ensure that their workers are satisfied with their careers.”

The Yoh survey asked workers if they considered it likely that they would involuntarily lose their job or that their job would be eliminated in the next 12 months. While 8.7 percent of respondents indicated that they felt that they were likely to lose their jobs—a small increase of 0.4 percentage points from the previous quarter, there was also an increase in those who felt a job loss was unlikely. The percentage of those who were uncertain declined.

Less fear of job loss means job security is higher. Fear of job loss is lower than it was one year ago, suggesting that unemployment concern remains low. Females reported feeling slightly less secure about their positions in this quarter than they did in the prior quarter but continued the study trend by remaining far less concerned than males. Only 7.1 percent of female respondents expressed concern over involuntary job loss. But the percentage of males who felt that they would lose their job decreased from 10.5 percent in the third quarter to 10.3 percent last quarter.

In terms of race, Whites again remained the most confident in their job stability, with only 6.6 percent saying it was likely they would lose their job in the next 12 months, which is the lowest seen for whites since the second quarter of 2016. Concern over job loss for both blacks and Hispanics rose last quarter, with Hispanics seeing the second largest increase since the inception of the study.

Males and females had more optimism during the quarter than the period one year ago. Males remained much more optimistic in their confidence in the likelihood of receiving a promotion than females, with a difference of nearly 7.4 percentage points between genders. Over one-quarter (25.7 percent) of males said that they felt it likely that they will receive a promotion compared to only 18.3 percent of females.

While minorities remained more hopeful about the likelihood of receiving promotions than whites, the belief in a promotion decreased by 4.5 percentage points for blacks, but increased by 0.6 points for Hispanics. While optimism towards promotion among whites increased slightly by almost one percentage point, they grew more optimistic about promotion possibilities than in the period one year ago, up 3.2 percent, the only positive year-over-year increase of the three races included.

The report asked respondents, “Do you feel you’ll receive a raise of three percent or more after your next review?” Nearly one-third (29.3 percent) of survey respondents indicated that they anticipated a raise of three percent or more at their next review, increasing 0.1 percentage points. This resulted in an increase in the likelihood of a raise index to 107.2 last quarter, though down 0.4 points since the start of the year.

Males continued to be more likely than females to anticipate getting a raise, 35.4 percent vs. 23.4 percent, respectively. The gap of 11.8 percentage points between male and female expectations about getting a raise was the widest in study history. While historically there is no trend of the gender gap changing in a consistent direction, it did widen over the course of 2018.

Minorities were the most optimistic about the likelihood of getting a raise, as around one-third of both blacks and Hispanics anticipated a raise compared to only 27 percent of whites last quarter.

Males were more likely to trust their company leadership than females (49.9 percent vs. 39.7 percent respectively), and the gap between them, 10.2 percentage points, remained higher than that found one year ago (9.1 percent), and is the second highest in study history.

Hispanics remained more trusting of their company’s leadership than whites or blacks, but trust declined for Hispanics by 5.4 percentage points. Trust increased very slightly by 0.3 percent for blacks after four consecutive quarters of decline last quarter. Compared to findings from one year ago, trust among both Hispanics and blacks was down notably (down 7.8 and 5 percentage points respectively), but up 2.4 percentage points among whites.

Meanwhile, global CEO confidence fell last quarter to its lowest level in seven years, but chief executives remained confident about growth prospects in the U.S., according to the Conference Board. The overall measure of CEO confidence decreased to a level of 42 from 55 in the previous quarter. A reading of more than 50 reflects a greater number of positive responses than negative ones.

“Looking ahead, CEOs have grown apprehensive about growth prospects for the U.S., while sentiment regarding China and Europe has grown more pessimistic,” said Lynn Franco, senior director of economic indicators at the Conference Board. “India remains a bright spot, with CEOs mildly optimistic about growth prospects in early 2019. Ongoing trade and tariff issues, volatility in the financial markets, cost of debt and expectations of moderating global growth are heightening concerns. If these conditions persist, we are likely to see weak confidence readings going forward.”

Looking ahead, CEOs’ expectations regarding the economic outlook have also turned negative, the Conference Board found. Just 12 percent expected economic conditions to improve over the next six months, down from 23 percent the previous quarter. Meanwhile, about 54 percent expected economic conditions would worsen, compared to 22 percent last quarter. CEOs’ expectations regarding short-term prospects in their own industries over the next six months were also more pessimistic. Now, only 14 percent anticipated an improvement in conditions, down from 22 percent last quarter, while 44 percent expected conditions to worsen, up from 19 percent in the previous quarter.

CEOs’ assessment of current global conditions continued to grow more pessimistic. Sentiment declined sharply for the US, although it remained in slightly positive territory. On the other hand, sentiment regarding China and Europe declined significantly over the past two quarters. The declines in Japan and Brazil have been more moderate, but both markets were still viewed negatively by CEOs. CEOs’ assessment of current business conditions in India declined marginally but overall remained slightly positive.

“I do think the decline in CEO confidence is an indicator that there remains unease among the nation’s corporate leaders that a protracted trade war — not only with China, but with Europe, Canada, and Mexico — will most certainly impact economic growth, and quite possibly bring it to a halt sooner rather than later,” said Diversified Search CEO Dale Jones.

Related: Uncertainty Aside, Employers Look to Ramp up Hiring In 2019