Menu
View our Events
Stay Connected:
In recent months, top business leaders have shown a dip in confidence levels, despite their optimism about the economy, according to the latest report by the Conference Board. Dale Jones of Diversified Search and Mike Muczyk of search firm Connor | Caitlin share their views on the hiring front. 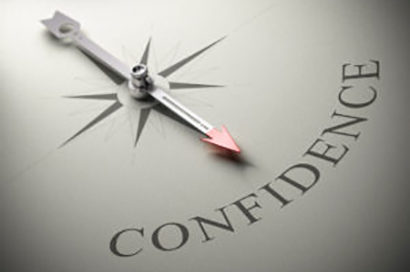 July 15, 2019 – Although chief executives continue to be upbeat about the economy, their confidence levels have waned in recent months. In its most recent report, the Conference Board’s “Measure of CEO Confidence” was unchanged at 43 in the second quarter (a reading of more than 50 points reflects more positive than negative responses).

“CEO confidence was unchanged in Q2, and remains at a moderately pessimistic level,” said Lynn Franco, senior director of economic indicators at the Conference Board. “CEOs’ expectations for growth prospects in mature and emerging economies remain subdued, with no pickup anticipated in the short-term. CEOs’ profit expectations have weakened compared to last year, with trade and tariff uncertainties and signs of a slowing global economy the likely causes of the deterioration.”

Looking ahead, CEOs’ expectations regarding the economic outlook also remained relatively pessimistic. About 13 percent anticipated that economic conditions will improve over the next six months, compared with 14 percent in the first quarter. Meanwhile, 44 percent said they expect economic conditions will worsen, up from 42 percent last quarter. CEOs’ expectations regarding short-term prospects in their own industries over the next six months were somewhat more pessimistic. Only 17 percent said they anticipate an improvement in conditions, down from 19 percent last quarter.

Looking ahead, CEOs are still pessimistic about global growth prospects. India, however, remains an exception with short-term expectations improving marginally. Growth expectations for Japan, Brazil and the US were moderately negative, while CEOs viewed growth prospects in Europe and China the least favorably.

In addition, CEOs remained generally optimistic about profit expectations for the next twelve months, though much less so than last year. Now, about 69 percent said they expect profits to increase, compared to 91 percent last year. Executives in the durables industries are the most optimistic, with 75 percent expecting profits to increase, followed closely by CEOs in the nondurables industries, at 70 percent. Close to six out of 10 CEOs in the service industries said they expect an increase in profits.

The Conference Board found that among chief executive officers who expected profits to rise, 43 percent said market/demand growth will be the primary driving force, down from 62 percent last year. One third cited cost reduction, up from only 15 percent in 2018. Price increase was cited by 18 percent of CEOs, followed by new technology (cited by 8 percent) as the primary source of improvement in profits.

“I do think the decline in CEO confidence is an indicator that there remains unease among the nation’s corporate leaders that a protracted trade war — not only with China, but with Europe Canada, and Mexico — will most certainly impact economic growth, and quite possibly bring it to a halt sooner rather than later,” said Dale Jones, CEO of Diversified Search.

Despite continued low unemployment and first quarter job creation, Connor Caitlin Talent Solutions, for one, is witnessing a slowdown in hiring in certain segments, said Michael Muczyk, managing partner of the Medina, OH search firm. “The paint and coatings segment has slowed due to several factors including; industry consolidation, domestic automotive manufacturing, and weather. Other segments remain strong for now.”

Job Growth Rebounds in June; Unemployment Rate Sits at 3.7 Percent
The economy is still creating jobs at a reasonable pace. In fact, companies seem to be hiring with abandon as we enter an unprecedented 11th year of expansion. CEO Rebecca Henderson of Randstad Sourceright and Jacob Navon of Westwood Partners weigh in.

“While companies can be satisfied knowing their current employees are content in their roles, it does provide significant challenges in recruiting,” said Kathleen King, senior vice president, enterprise solutions, Yoh. “In times of low unemployment when a majority of employees are confident in their jobs and futures, it becomes more difficult than ever to attract new talent and recruit workers away from competitors.”