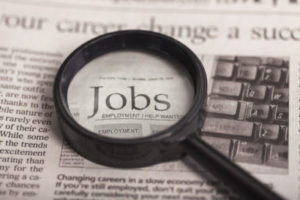 December 6, 2019 – Employers added 266,000 jobs last month as the U.S. unemployment rate dropped slightly to 3.5 percent, according to the most recent U.S. Bureau of Labor Statistics report. The increase was above the 180,000 forecast by economists. The November gain is the 110th consecutive month of job growth. The number of unemployed currently stands at 5.89 million.

“We still see pretty healthy underlying labor market conditions,” Robert Rosener, an economist at Morgan Stanley, told the New York Times. “The number of people applying for unemployment benefits remains at historically low levels, and Americans continue to show a willingness to quit their jobs. That tells you that consumers are still pretty confident of labor market conditions.”

In a newsletter this week, David Kelly, chief global strategist at JPMorgan Funds, compared recent hiring to squeezing one more glob of toothpaste out of a seemingly empty tube. “Over the last few years,” he said, “an apparently fully tapped-out labor market has yielded a surprising number of new workers.”

Employers to Continue Hiring Plans into Final Quarter of 2019
U.S. employers expect the hiring pace to remain positive in the fourth quarter with hiring intentions improving one percentage point compared to a year ago, according to the latest “Employment Outlook Survey,” released by ManpowerGroup. Employers in all U.S. regions and industry sectors said they were expecting headcount to grow.

It’s been called one of greatest markets for job hunters in recent memory, with unemployment at decades-low levels, and companies virtually scrambling to fill many jobs. And for recruiters plying their trade across almost every imaginable sector, these have been heady days indeed. But a key measuring stick suggests the good times may not last.

The National Association for Business Economics (NABE) said Monday that hiring fell to a seven-year low. Of the 101 business economists the group surveyed, only 20 percent said their firms hired more people over the last three months. Just last July, 34 percent said they were hiring.

Such results can always change, of course, but the trend so far has been observed across most industries. “The fundamentals of the U.S. economy remain relatively strong, but we are seeing most organizations taking a more conservative view around costs near-term,” said Scott Macfarlane, senior client partner at Korn Ferry and global account lead in the firm’s financial services practice.

Mr. Macfarlane says the impact of geopolitical turmoil and trade tension on manufacturing is spilling over into the entire economy. As a result, organizations are looking at how to improve operating margins by capitalizing on still-robust consumer demand while not increasing their cost base. “While we aren’t seeing large layoffs yet, organizations are scrutinizing hiring and pay practices more closely,” said Mr. Marfarlane.

To be sure, the sudden slowdown isn’t affecting all job markets. Experts say organizations aren’t, for example, pulling back on investment in digital transformation. That is an area where search firms like Wilton & Bain and Heidrick & Struggles are seeing growth in finding new leaders. So while shifting into artificial intelligence, automation, and machine learning may inevitably decrease hiring in certain areas, it also increases the need for human skills in others.

David Farris, a Korn Ferry senior client partner and global account leader who specializes in technology, says organizations are still actively looking to hire and retain talent with critical skills or the ability to influence revenue growth. To be sure, 82 percent of respondents to the NABE’s business conditions survey said they are having difficulty staffing high-skill positions. “People costs are always a major factor, but talent that can help advance digital strategy is still very valuable and in great demand,” Mr. Farris said.