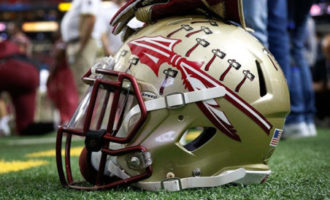 December 10, 2019 – Glenn Sugiyama, managing partner and global sports practice leader at DHR International, has placed Mike Norvell as the new head football coach for Florida State University. Willie Taggart was fired in early November after going 9-12 during his tenure with the team.

“It was an honor to be entrusted with the search for the new leader of one of the iconic brands and one for the top college football jobs in the country,” said Mr. Sugiyama. “Mike Norvell is one of the rising stars in college football not only for his overall body of work…an overall record of 38-15, three consecutive appearances in the conference championship game and a winning percentage of 71.7 percent. But he also had his best year the year our job was open…winning 12 games culminating in the 2019 AAC Championship.”

“Mike has also showed that he can be resilient in running a consistent winning program year in and year out,” he said. “He has had to hire 26 assistant coaches (seven coordinators) in four years and 15 in the last two.”

“I am so pleased that coach Norvell will be leading our football program,” said John Thrasher, Florida State’s president. “Everyone we spoke with regarding coach Norvell agreed that he is one of the top coaches in the country. That fact is clear just based on the opportunities he already has on the table. It became clear to us during the interviews that coach Norvell is the right person to lead our program back to a championship.”

“We are excited that our football program has attracted one of the finest coaches in the country,” said David Coburn, Florida State’s director of athletics. “We had a list of criteria that our new head coach needed to meet that went well beyond his record, and Mike Norvell exceeded all of them. At the top of that list was attracting a coach who could lead the program back to competing for championships. We believe we have the coach to do that.”

“I’m humbled and honored for the opportunity to be the head coach at Florida State University, one of the iconic brands in college football,” Mr. Norvell said. “I’m so very excited for the future and the opportunity to return Florida State football to one of the nation’s elite. I’m looking forward to hitting the ground running, putting together a great signing class, a tremendous coaching staff and joining arms with our current and former players to help elevate our football program each and every day.”

Florida State has won three national championships, 18 conference titles and six division titles along with a playoff appearance. The Seminoles have achieved three undefeated seasons, finished ranked in the top four of the AP poll for 14 straight years from 1987 through 2000 and completed 41 straight winning seasons from 1977 through 2017. The program has produced 219 All-Americans and 250 professional players.

“Using a search firm to find an AD or head coach brings many benefits to colleges, including speed, coordination and discretion in an industry where all three are vital,” said Mr. Sugiyama. “Search firms can provide many tangible and intangible items in a search process.”

In addition to confidentiality, industry expertise, organization and detail, search firms can give an institution “a credible and professional third party” credibility while providing the institution “protection and plausible deniability,” he said.

Search firms also mitigate the risk involved “and allow the institution to make the very best hire with as much information and due diligence as possible,” said Mr. Sugiyami. “For a college to attempt to do an important athletic search on their own without the assistance of a search firm would be like them building a stadium without an architect or a contractor.”