Menu
View our Events
Stay Connected:
U.S. job growth accelerated in January, pointing to a strong start for Donald Trump as he sets out to expand the economy and boost employment. Let's take a closer look. 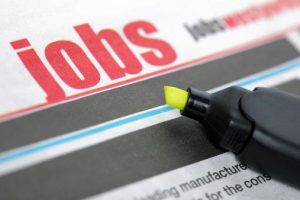 February 3, 2017 – Employers added 227,000 jobs last month as the U.S. unemployment rate stood at 4.8 percent, according to the most recent U.S. Bureau of Labor Statistics report. During the month, the number of workers unemployed also increased to 7.6 million. January marked the 76th straight month of job growth in the U.S.

The first employment report since Donald Trump began his presidency showed the economy moving along at a healthy pace. Economists surveyed by Bloomberg had forecast an increase of 175,000 in payrolls in January, roughly in line with gains in the previous year.

Consumer and business confidence have surged in the wake of Trump’s election victory last November. President Trump has pledged to dramatically accelerate the pace of job growth and oversee the creation of 25 million new jobs in the next decade. By comparison, the U.S. has added 15.5 million jobs since 2010, a mark that includes significant catch-up from the mass layoffs of the financial crisis.

“The stock market is soaring, showing confidence in the financial markets, and the ‘American Staffing Association Workforce Monitor’ survey shows that Americans are optimistic about job creation following the election of President Trump,” said Jon Tedesco, managing director of J. Tedesco & Associates, an executive search firm with offices in San Diego and the Midwest.

However, he added, while optimism has a positive affect on the mood of our country, Americans need to recognize that job creation announcements heard in the news this month have likely been months or even years in the making.

So, does President Trump’s job focus make for a more hospitable environment for job growth? “Probably,” said Mr. Tedesco. But, he said, we won’t see any measurable affects for at least another year or two. In fact, he added, it is too soon to tell what the Trump presidency will mean for job creation. “Leaders we have interviewed tend to believe that Trump’s focus on jobs will make for a more hospitable environment for job growth, but they also mentioned that targeting one plant or even one company at a time will have little impact on the macroeconomic view of state of the union.”

According to the latest Business Roundtable ‘CEO Economic Outlook Survey,’ one important constituent group looking ahead to the Trump presidency with a positive outlook is chief executive officers.

“America’s business leaders are encouraged by the incoming president’s pledge to boost economic growth,” said Doug Oberhelman, chairman and CEO of Caterpillar Inc. and chairman of Business Roundtable. “We will work with the incoming Administration and Congress to enact pro-growth policies such as modernizing the U.S. tax system, adopting a smarter approach to regulation, investing in infrastructure and focusing on the education and training people need to thrive in the 21st century economy.”

With so many workers looking to find new opportunities in the New Year, it comes at a time when many companies also happen to be looking for new talent.

Eighty four percent of HR leaders say they are hiring for full time positions, according to a recent report by recruiting services company LaSalle Network. The survey also found that 70 percent of respondents feel optimistic about the economy. Leaders within the healthcare, technology, and education industries were more optimistic about their hiring plans.

About one in five employers, or 19 percent, anticipate increasing staff levels in the first quarter of 2017, according to the latest ‘Manpower Employment Outlook Survey,’ released today by ManpowerGroup.

“This a positive sign for job seekers and the economy at the start of 2017,” said Kip Wright, senior vice president, Manpower North America. But not all skills are created equal. “We continue to see significant differences between industries and employers demanding increasingly specific skills to fill positions. Ensuring people can prosper and businesses can compete depends on developing a U.S. workforce that is prepared for the jobs of today, tomorrow and the future.”