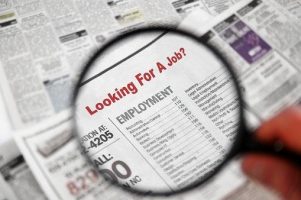 April 7, 2017 – Employers added 98,000 jobs last month as the U.S. unemployment rate fell to 4.5 percent, according to the most recent U.S. Bureau of Labor Statistics report. During the month, the number of workers unemployed also dropped to 7.2 million. March marked the 76th straight month of job growth in the U.S.

But economists surveyed by Bloomberg had expected 175,000 jobs to be added in the month. Still, the nation has added 178,000 new jobs on average over the past three months, far above what economists say is the pace necessary to keep up with population growth.

“Companies that are growing want to hire really good people, and when you have an unemployment rate under five percent, there’s a shortage of them,” said Tom Gimbel, chief executive officer of recruiting firm LaSalle Network.

Bob Cavoto, managing director and founder of 20-20 Foresight Executive Search in Chicago said that in the wake of November’s presidential election the economy has simply been on a roll. “It was almost like the economy flicked a switch and hiring just started to be tremendous,” he said. “That’s what we’re seeing, and it has persisted in the number of search inquiries we’ve taken in and the number of searches we have in-house. From our standpoint, employment at the executive level in real estate and financial services has been spectacular.”

And though some have speculated that continued good times would hinge on President Trump’s ability to deliver on his agenda, starting with healthcare reform, Mr. Cavoto disagrees: “I think just having a stable government with a stable financial and banking system — and the banking system is very stable right now — will prove to be very beneficial for the overall economy and for real estate. I don’t think any of the major initiatives that Trump may want to put through is going to have any adverse effect on the economy in the next 12 to 24 months.”

The exception, he said, would be if there should be a major war, a terrorist act, or a major curtailment of immigration coming into the U.S. “Those could put a damper on things. But I see a lot of foreign investment coming into the United States as a safe haven and I see optimism in people. What we see is strength across the board.”

Mr. Cavoto is not particularly worried that the employment figures came in as they did this month. “I’m not concerned,” he said. “That’s because in real estate, at least, I see too much foreign investment, and there’s a lot of money out there to be invested. And many of our clients are doing equity raises right now, and from what I hear from them they’re successful.”

According to the latest Business Roundtable ‘CEO Economic Outlook Survey,’ one important constituent group looking ahead to the Trump presidency with a positive outlook is chief executive officers.

“America’s business leaders are encouraged by the president’s pledge to boost economic growth,” said Doug Oberhelman, chairman and CEO of Caterpillar and chairman of Business Roundtable. “We will work with the incoming Administration and Congress to enact pro-growth policies such as modernizing the U.S. tax system, adopting a smarter approach to regulation, investing in infrastructure and focusing on the education and training people need to thrive in the 21st century economy.”

With so many workers looking to find new opportunities, it comes at a time when many companies also happen to be looking for new talent. Eighty four percent of HR leaders say they are hiring for full time positions, according to a recent report by recruiting services company LaSalle Network. The survey also found that 70 percent of respondents feel optimistic about the economy. Leaders within the healthcare, technology, and education industries were more optimistic about their hiring plans.