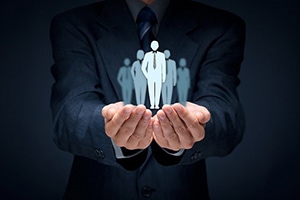 May 25, 2018 – Executive search firm TillmanCarlson has placed Tony Buttrick as the chief information officer for Wintrust Financial Corp. in Chicago.

Mr. Buttrick previously served as the CIO of Flagstar Bank for three years preceded by 10 years with Bank of America in several global technology and risk management positions. Before joining B of A, he spent three years with Fidelity Investments in a CIO role, and he began his career with the U.S. Navy. Mr. Buttrick served on active duty for 16 years in various special operations and intelligence assignments followed by seven years with the Department of Defense in the Office of Naval Intelligence. While working in intelligence, he led the government’s state-of-the-art imaging facility and served as an advisor to the Central Intelligence Agency and as the chief technical officer for the digital production program office.

“Wintrust is one of the most successful regional banks in the country, built on the strength of its community bank strategy and the quality and tenure of its management team,” said Rob Tillman, founding partner of TillmanCarlson. “Tony brings extensive experience in larger bank environments combined with the leadership style and values well suited to join the team and prepare Wintrust for continued growth. We’re extremely pleased with the outcome and proud to have been selected to partner with Wintrust on this important search.”

TillmanCarlson is an executive search and coaching firm led by its founders. Since launching the organization in 2002, Mr. Tillman and Kelly Carlson have conducted upwards of 350 searches and coached hundreds of leaders. Based in Chicago, the firm specializes in recruiting and coaching CEOs, CFOs and CIOs.

In January, TillmanCarlson named Ms. Carlson as its president and CEO. Her promotion sets the stage for growth, innovation and the ability to provide a clear alternative to larger human capital groups, said the firm. Ms. Carlson joined Mr. Tillman a year after the search firm was founded after having worked with him in her previous role for Russell Reynolds Associates. For eight years, she was in Russell Reynolds’ Chicago office as member of its technology practice.

It only makes sense that CIO hiring and recruiting information technology teams are on the rise. Nearly a quarter (22 percent) of U.S. CIOs plan to expand their IT teams, according to the Robert Half Technology “IT Hiring Forecast Trend Report.” It represents a three point rise from the beginning of last year and an eight percentage point jump from one year ago.

he latest specialized segment within the college and university spectrum to surface: finding leaders for academic research and information technology. Harris Search Associates, based in Dublin, OH, is considered one of the top search boutiques in this thriving area. The firm recently placed Amy Belew as chief information officer for the University of Tennessee at Martin.

ew Zealand-based executive recruiting firm Ichor Leadership Search placed Alastair Turrell into the position of CIO at the Department of Corrections. Mr. Turrell was most recently director of the software division at Datacom, a strategic leadership role he held over a decade

oward Fischer Associates (HFA) has placed Nassar Nizami as chief information officer of Thomas Jefferson University and Jefferson Health. Most recently, Mr. Nizami was vice president for information technology at New York-Presbyterian Hospital. Prior to that, he served in several senior IT roles at Yale New Haven Health System.

cDermott & Bull placed Eric Wilson as CIO with SAFE Credit Union, one of the largest credit unions in California. The search was led by Brandon Biegenzahn, president of the firm and co-chair of its financial institutions practice, along with associate principal consultant Michelle Davis and senior recruiting associate Shree Thakarar.

he Human Capital Group recruited David Bernard as senior vice president and CIO for Dean Foods. Steve Hayes, founder and senior partner, led the assignment. Mr. Bernard joins Dean Foods from PepsiCo, where he most recently served as a member of their global executive IT leadership team.