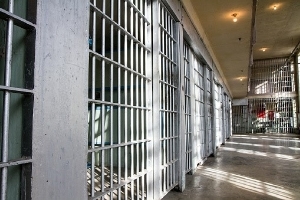 May 17, 2018 – New Zealand-based executive recruiting firm Ichor Leadership Search has placed Alastair Turrell into the position of chief information officer at the Department of Corrections.

Mr. Turrell was most recently director of the software division at Datacom, a strategic leadership role he held over a decade, contributing significantly to growth and expansion. Joining the IT services firm in 2002, he was initially appointed to lead the infrastructure division, with particular emphasis on building Datacom’s relationship with the government.

Prior to that, Mr. Turrell was partner and managing consultant at the PA Consulting Group for six years, working across London, Sydney and Auckland/Wellington. During this period, he led a series of high-impact IT transformation projects for clients including the London Futures Exchange and ANZ Bank.

“With an earlier career in IT and management consulting, Alastair’s commercial acumen, exceptional people skills and knowledge of the public sector position him well for success in this new role,” said the search firm.

Led by Grant Pryde and Guy Brew, Ichor draws on over 40 years of market insight and judgement, relationships and networks. Its principal focus is on chief executive, senior leadership / C-level, strategic specialist and governance search engagements.

It only makes sense that CIO hiring and recruiting information technology teams are on the rise. Nearly a quarter (22 percent) of U.S. CIOs plan to expand their IT teams, according to the Robert Half Technology “IT Hiring Forecast Trend Report.” It represents a three point rise from the beginning of last year and an eight percentage point jump from one year ago.

Howard Fischer Associates (HFA) has placed Nassar Nizami as chief information officer of Thomas Jefferson University and Jefferson Health. Most recently, Mr. Nizami was vice president for information technology at New York-Presbyterian Hospital. Prior to that, he served in several senior IT roles at Yale New Haven Health System.

McDermott & Bull placed Eric Wilson as CIO with SAFE Credit Union, one of the largest credit unions in California. The search was led by Brandon Biegenzahn, president of the firm and co-chair of its financial institutions practice, along with associate principal consultant Michelle Davis and senior recruiting associate Shree Thakarar.