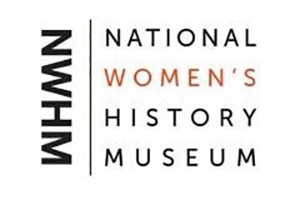 November 7, 2018 – The National Women’s History Museum in Washington, D.C., has enlisted Alison P. Ranney and Alexandra N. Corvin of Koya Leadership Partners to assist in its search for a new CEO. The organization is seeking a strategic, innovative and engaging executive to provide leadership and direction and fulfill a vision to build a physical museum and expand impact and audience.

The new president and CEO will help to build the first museum dedicated to the accomplishments of women in any nation’s capital in the world, said Koya Leadership Partners. The leader will be the face of the National Women’s History Museum locally and nationally and will serve as a bridge between internal and external stakeholders. The individual will be expected to represent the museum to a wide range of individuals and institutions, build partnerships with other entities and cement its place as a leader in the cultural and educational communities.

The president and CEO’s primary responsibilities will include setting the vision, overseeing implementation, fundraising, internal and external communications, programming, audience development, operations and administration, said the search firm.  The role reports directly to the museum’s board of directors.

Specific responsibilities of the role include: driving the continued articulation and implementation of the organization’s vision with a focus on building a physical museum; representing the museum to the philanthropic and civic communities and acting as an ambassador in various public, private and educational settings; achieving the non-profit’s fundraising goals by working with the board and staff to bring in previously untapped support and maintain strong relationships with current donors; and shaping and evolving the operations of the museum, including programs, finances and staff management.

The ideal candidate should be passionate about building the museum and creating a space for women’s stories to be told, said Koya Leadership Partners. The right individual must also have experience bringing vision and passion to life. He or she should be an entrepreneurial, innovative and visionary leader who is energized about building an institution from the ground up.

The role calls for a leader who is a proven fundraiser, in any context, who will energetically embrace this aspect of the role. Furthermore, the next president and CEO is expected to inspire trust, confidence and shared purpose with a range of stakeholders and audiences. This person must be an articulate, dynamic and diplomatic communicator who can work effectively and build strong relationships and coalitions with the board, staff, donors and other partners, among other qualifications.

The National Women’s History Museum is devoted to educating, inspiring, empowering and shaping the future by integrating women’s distinctive contributions into our nation’s culture and history. As the organization works to build a world-class museum on or near the National Mall in Washington, it is already a leader in online women’s history education. It has produced 26 online exhibits and more than 300 biographies. The museum’s website receives more than 1.2 million visitors annually and has nearly 500,000 Facebook followers.

Boston-based Koya Leadership Partners is a national executive search and human capital consulting firm that works exclusively with non-profits and social enterprises. This year, the firm was again recognized by Hunt Scanlon Media as one of the top 50 search firms in the Americas.

Koya has developed a national reputation for identifying executive directors and CEOs across the non-profit sector, including those for Hudson Webber Foundation, the Ralph C. Wilson Jr. Foundation, Girl Scouts in the Heart of Pennsylvania, American Red Cross of Chicago & Northern Illinois, Glazer Children’s Museum and Tourette Association of America, among many others.

Ms. Ranney, managing director of Koya, partners with a broad range of clients including foundations, cultural institutions, membership organizations, other non-profits, colleges and universities. She has successfully led searches at the CEO, president, executive director, dean, COO, CFO and VP levels as well as board members.

Ms. Corvin is principal, executive search. She specializes in recruiting senior executives to mission-driven client organizations. A founding member of Koya’s Chicago office, she later returned to her hometown of San Francisco and is a key member of Koya on the West Coast. Ms. Corvin joined Koya from Russell Reynolds Associates, where she helped build the firm’s non-profit and education search practice in the Midwest and worked with leading non-profits across the country and around the world. She has helped recruit CEOs, presidents, executive directors, CFOs and vice presidents for a wide range of mission-driven organizations. She has expertise working with foundations, cultural institutions, professional organizations and other nonprofits as well as colleges and universities.