Stay Connected:
As companies struggle to find quality talent, a new report by Yoh reveals what workers are looking when they embark on their next career move. 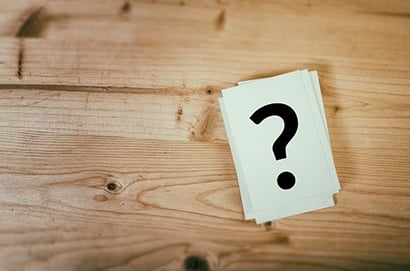 April 13, 2018 – For recruiters and companies looking to hire and retain employees in a climate of low unemployment and an acute skills shortage, knowing why employees may entertain other job offers is critical.

What appeals most to workers today? Better benefits (50 percent) and a flexible work environment (42 percent) were the top reasons, excluding money, that employed Americans said they would leave their current job for a new one, according to a just-released report by talent and outsourcing company Yoh. The study also showed that just 15 percent of employed Americans said they would not leave their current job for any reason.

Still, that leaves a vast majority of American workers indicating that they are open to a job change if the right offer came along. In short, other than the possibility of higher wages, the promise of better benefits (50 percent) and a flexible work environment (42 percent) would encourage a number of Americans to listen to other job offers.

A larger proportion of employed women than men would consider leaving their current job for a flexible work environment (44 percent vs. 39 percent), and a higher-level position may be more important for employed men as they are more likely to cite leaving for this reason than women (40 percent vs. 30 percent).

The least common reasons employed Americans said they would consider a job change were for a better commute (24 percent) and more perks such as onsite gyms, daycare or dry-cleaning (27 percent).

Executive Search Consultant Wanted at McDermott & Bull
You will spend most of their time developing and improving client relationships, and they are able to utilize the McDermott & Bull research and recruiting team to assist in conducting the initial candidate identification and screening process. Apply on Ezayo!

Employed Millennials (those aged 18 to 34) were more likely to report they would leave a current job for “a field of work I’m more interested in” than those aged 45-plus (43 percent vs. 24 percent).

Of all age groups, those aged 35 to 44 had the highest proportion of employed Americans (57 percent) indicated better benefits as a reason they would leave their current job for a new one. Second was the Millennial age group (those aged 18 to 34) with 53 percent, followed by 50 percent of 45- to 54-year-olds, 48 percent of 55- to 64-year-olds and 27 percent of those aged 65 and up.

Related: How to Find Executive Leaders in a Candidate-Driven Market

“As a specialized recruiting company, we see this firsthand every day,” said Emmett McGrath, president of Yoh. “Those with top skills have choices, and these findings indicate that benefits and workplace flexibility offerings should be clear and compelling when speaking with a prospective candidate about a position. It is absolutely critical that recruiters identify early in the process each job seeker’s desires when considering a new role, and pair them with opportunities that fit their specific career and lifestyle needs.”

Key survey takeaways for companies to consider when hiring include:

What Workers Want May Surprise You
Contrary to what is generally thought, the traditional way of working – meaning, at the office during open hours – is still preferred among respondents of the Randstad Workmonitor report.

Related: Seeking Talent, One Employee at a Time

The Yoh study did not touch on salary, which still appears to be the most important factor for many people. According to a CareerBuilder “Candidate Behavior” study,  candidates said that salary was what they most wanted to see in a job posting (74 percent), followed by the total benefits package (61 percent).

Other studies, however, found contrasting responses. A separate Korn Ferry survey revealed that nearly half of professionals actually prefer recognition over extra compensation. The report, which surveyed more than 850 professionals, found that 46 percent would prefer a promotion with no raise, with 54 percent saying they would prefer a raise with no promotion.

“Let’s be clear, appropriate compensation is key to a professional’s job satisfaction, but being recognized for a job well done through a promotion is also a critical factor in motivating and retaining talented employees,” said Tom McMullen, senior client partner at Korn Ferry. “A lack of career development opportunities is the No.1 reason why professionals leave a company. Organizational leaders need to put development and career plans in place at all levels so employees see a path for advancement and progression.”

Increasing Demand for Talent Spurs Steady Wage Growth
The U.S. labor market posted steady growth in wages last quarter, according to the ADP Workforce Vitality Report. Overall, wage growth increased by 2.3 percent year over year across all industries and is higher than the 1.8 percent growth in wages reported by the U.S. Bureau of Labor Statistics.

A Glassdoor report authored by chief economist Dr. Andrew Chamberlain showed that many of the more exotic perks today have but a small effect on employee satisfaction compared to more traditional benefits like great health insurance, 401(k) matches and generous paid time off. The data showed that less traditional benefits like gym memberships, charitable gift matching and pet-friendly workplaces while important to some employees on average have a surprisingly weak correlation with employee satisfaction.

In coming years, the report said, many employers are likely to re-evaluate their benefits packages, more carefully focusing on core benefits that offer the biggest returns in terms of engagement and productivity rather than splashy headlines about unusual workplace perks.

When considering a new employer, individuals also pay attention to the culture of an organization. A recent Futurestep study asked what would be the No. 1 reason candidates choose one job over another today and they responded with company culture. Millennials are absolutely looking for culture and fit,” said Jeanne MacDonald, Futurestep global operating executive and president, talent acquisition solutions. “They want to feel good about where they’re working and require a shared sense of purpose. Gen Xers, on other hand, are more interested in taking their skill-set to a place where they can make an impact. Organizations with a culture of acknowledging that impact also have a greater chance of retaining top talent of that generation.”

In a poll by Hunt Scanlon Media on culture shaping, “Aligning Strategy and Culture,” respondents cited culture as the most important workplace consideration at their organization (73 percent). Culture seems to be what attracts many employees to companies: 56 percent of respondents to the Hunt Scanlon culture poll selected it as a “priority” over job satisfaction and compensation. Respondents said that culture change needed to become a “more significant part” of their organization’s leadership agenda (44 percent).