Menu
View our Events
Stay Connected:
While companies adjust to flexible working options, many employees still prefer an office setting, according to the latest Randstad study. Let’s take a closer look at the report. 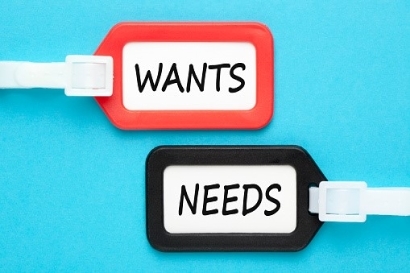 March 29, 2018 – Contrary to what is generally thought, the traditional way of working – meaning, at the office during open hours – is still preferred among respondents of the latest Randstad Workmonitor report. Globally, 68 percent shared this sentiment, with India (85 percent) at the highest end and the Netherlands (47 percent) at the lowest end. Workers in the U.S. (68 percent) were basically in line with the report’s global findings.

All the same, there were signs of a clear shift underway toward an agile way of working, such as from multiple locations and outside standard opening hours. In India and China the shift was highest (69 percent and 66 percent respectively) and in the Czech Republic (28 percent) lowest.

Forty-one percent of the global respondents said they were already working in a real agile environment with India once again in the lead (64 percent) and Luxembourg and Greece (both 27 percent) at the lowest end of the range.

Eighty-two percent of the global respondents said they like agile working as it allows them to maintain a good work-life balance and 81 percent said it improves their productivity, creativity and job satisfaction. On the other hand, 44 percent indicate that it causes a lot of pressure on their personal life, as they never seem to be “disconnected” from work. Strikingly, 47 percent of the male respondents reported having that feeling compared to 40 percent of the female respondents.

A separate study conducted by Randstad last year found that work-life balance is an increasingly critical ingredient in deciding where to work. That factor was considered important to 45 percent of individuals surveyed from around the world, making it the third highest priority in sizing up would-be employers. Work-life balance moved up a notch, from fourth, in last year’s rankings. Millennials in particular deemed it a priority.

A recent survey of business leaders at the Global Leadership Summit found that 34 percent said more than half their company’s full-time workforce would be working remotely by 2020. A full 25 percent said more than three-quarters would not work in a traditional office by 2020. This means companies could miss out on finding top talent if they don’t allow employees to work from home.

“It is becoming increasingly difficult to find qualified talent and the employers that are the most flexible are the ones who are going to win the war on talent,” said Stacy Pursell, CEO of executive search firm the Pursell Group. “This means allowing flexible working arrangements and being more open to people working from home instead of being required to report to an office.” Ms. Pursell pointed to a past study that showed workers who work from home are more productive than those who report to the employer’s office.

“I’ve seen employers who require someone to work out of their office who are desperate to fill a position and are having a difficult time getting someone to relocate to work where their office is located,” she said. “There are perfectly qualified candidates who are interested in the open position but are simply not able to relocate to the city where the employer’s office is located. Then that employer will miss out on a capable individual and it all comes down to geography.”

To stay informed and aligned with colleagues, 69 percent of the global respondents said they regularly have in-person or face-to-face meetings, versus 36 percent who said they have virtual team meetings via video conferencing. India (74 percent) and China (70 percent) score highest on the virtual meeting scale; Austria, Hungary (both 20 percent) and Luxembourg (15 percent) score lowest.

Younger workers also preferred person-to-person interaction. Forty-one percent of Gen Zs said corporate offices are their workplace preference, according to a global study released by Future Workplace. “Despite the introduction and proliferation of new technologies at work, Millennials and Gen Z value the in-person communication that comes with a traditional corporate office much like older generations do,” said Dan Schawbel, research director at Future Workplace. “At the same time, they also seek flexible hours and telecommuting that two-thirds of companies still fail to offer.” Companies that want to successfully recruit, retain and grow their young talent workforce must look more to corporate culture as a competitive advantage moving forward, he added.

“Everything from how candidates are treated during the apply and interview process to offering flexible schedules for employees impacts how your organization is perceived,” said Jennifer Klimas, director of employer brand for the Talent Innovation Center at Randstad Sourceright. “Treat talent well and your organization will thrive.”

With a Mobility Index score of 109, the number of employees worldwide expecting to work for a different employer in the coming six months remained stable compared to the last two quarters. Mobility increased most in Norway (+7), Singapore (+5), and Germany (+4). The biggest decreases in mobility are found in Canada (-7), Turkey (-6), and Italy (-5). Argentina, Chile, China, Hong Kong, India, Denmark, Hungary and Portugal show no shift in mobility.

Related: A Road Map to the Evolving American Workplace

The desire to change jobs increased in Hong Kong, India, Norway, Turkey, the U.K. and the U.S. and decreased in Italy, Japan, Spain and the Netherlands compared to last quarter. The appetite to change jobs is highest in India (45 percent) and lowest in Turkey (15 percent).