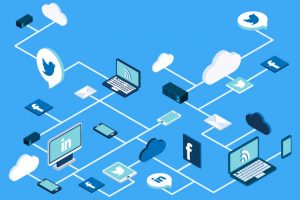 In his new role, Mr. Fishman will be responsible for leading the company’s international engineering organization, in addition to shaping its technical vision and strategy. He will join SoundCloud’s team in Berlin, where he will be based. Eric Wahlforss, who co-founded the audio streaming startup with Alexander Ljung, is stepping away from the role of CTO and taking a new position as chief product officer.

“Artem is a seasoned engineering executive who brings with him a wealth of experience and a positive, collaborative mindset,” said Mr. Wahlforss. “We’re delighted he will be joining SoundCloud as our new chief technology officer, which is a key role as we continue to innovate and grow.

“He has a keen interest in deep technical details and data-driven approaches which, alongside his leadership skills and passion for our product, will be of real benefit to the engineering organization,” Mr. Wahlforss added.

“SoundCloud is a truly unique platform in the music streaming space,” said Mr. Ljung. “We have ambitious goals to further innovate the user experience for our connected community of creators, curators and listeners, and as we enter into this next stage of growth, Eric and I felt it was important to bring in a senior leader to oversee engineering, to allow Eric to have laser focus on leading and aligning the exciting product initiatives we have slated to launch later this year.”

Mr. Fishman most recently had been a vice president of engineering at Yahoo, overseeing mobile engineering.

An international recruiting boutique specializing in working with technology-centric businesses at all stages of development, Calibre One represents Fortune 1000 companies in their hunt for leadership, including AMEX, Flex, eBay, Expedia, NetSuite, TripAdvisor, Symantec, Fiserv & Hearst. Within the technology sector, the firm is experiencing growth in the areas of healthcare IT, fintech and cloud computing.

Newly-named CTOs have been cropping up in a range of recent corporate hirings, from industrial giant GE to data management company NetApp to non-profits like the Museum of Modern Art. They all have named chief technology officers this past year. So what makes the ideal CTO?

“In terms of the ideal CTO, the ‘holy grail’ that we are often briefed to find is someone who has the thought leadership piece around deep technical expertise, combined with the ability to be both strategic and commercial,” said Calibre One’s Mr. Green. “In addition, most consumer internet businesses – such as SoundCloud – require a CTO with a strong product focus, who will be pragmatic in terms of building compelling technology that their users actually want.”

The combination of deep technical expertise and the ability to get down in the detail, combined with strategic and commercial acumen, “means that the CTO can also steer the product road map and make a meaningful contribution to the future commercial direction of the business,” Mr. Green added.

“We often find the best talent has learned ‘what good looks like’ having spent time in a best-in-class, blue-chip engineering organization as well as having the battle scars of working in a start-up or early stage business where resources are limited and the commercial environment is often dynamic, fluid and ambiguous – this combination is the best training,” he said.

In the past, the primary CTO criteria was that of a strategic visionary technologist and company spokesperson, said Chris Messing, a principal at ChampionScott Partners. “What has changed is that though a visionary technology leader remains a key criteria, the requirements have evolved to include the ability to operate both tactically as well as strategically – a doer rather than just a big thinker. Those that possess the tech credibility AND the proven ability to execute, lead teams and communicate at all levels now rise to the top of the list.”

Ross Freeman, CEO of executive search firm 680 Partners and a specialist recruiter in the sector, said the importance of CTOs in today’s business environment cannot be overstated. “As companies shift structures, we will see more senior people in the CIO / CTO organizations taking on significant business decisions,” he said.

A number of executive search firms have placed CTOs in recent months. Here’s a look at a few from the Hunt Scanlon Media archives:

Check Out These Related Articles On Searches for Chief Technology Officers: