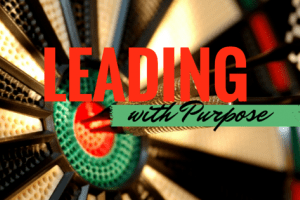 October 12, 2016 – Russell Reynolds Associates has placed Kevin Watkins as the new chief executive officer of Save the Children UK. Justin Forsyth, chief executive of Save the Children UK since 2010, announced he was leaving the charity earlier this year. Tanya Steele, executive director of marketing, fundraising and communications, had been serving as interim CEO. Mr. Watkins assumed his new duties two weeks ago.

The organization sought a leader who is a committed believer in the rights and potential of children. It needed an accomplished visionary with the ability to balance internal and external aspects of the role. In Mr. Watkins, it seems to have found just the right mix.

A Visionary and Mission-Driven Leader

Mr. Watkins joins Save the Children after a three year term as executive director of the influential U.K. think tank Overseas Development Institute. In this role, he built the think tank’s profile and influence, placing the organization at the forefront of global debates on international development. Before that, he had a seven year spell in the United Nations from 2003 and he was lead author of ground-breaking reports on education, global poverty and climate change. Before joining the UN, he worked for 13 years at Oxfam, playing a leading role in the major campaigns on debt relief, aid, trade and education.

“Kevin brings enormous experience and expertise, and will make a huge contribution to realizing our goal to reach the most deprived and marginalized children,” said Peter Bennett-Jones, chairman of Save the Children UK. “The world has made huge progress in recent years, but still more than five million children die each year before they reach their fifth birthday. These are children the world chooses to forget, discriminated against because of who or where they are.”

“I’m joining Save the Children because I believe in the organization’s mission, its values and the commitment of its staff – and because I’m passionate about the cause it champions,” said Mr. Watkins “Almost 100 years ago, Save the Children’s founder called on governments around the world to provide children with ‘the best they have to give.’ The mission she started is now more urgent than ever.”

“While there have been major gains over the past 15 years, we live in a world witnessing unprecedented levels of violence against children trapped in conflict, in which 16,000 avoidable child deaths happen every day, and millions of children are denied opportunities for education,” Mr. Watkins continued.