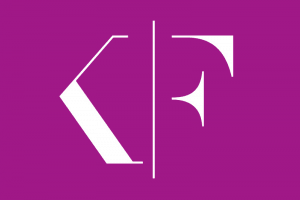 September 14, 2016 – Korn Ferry has been retained by home furnishings retail company Pier 1 Imports to lead its search for a new chief executive officer. Current CEO Alex Smith is leaving at the end of the year. His departure comes as the company also said last week that sales fell 6.7 percent in the second quarter.

Mr. Smith had a strong start and led a turnaround at Pier 1 after the recession, but more recently the company has struggled with its online business and profit margins. In April, it said that Mr. Smith was taking a pay cut by not receiving a stock award in 2015. At the time, Mr. Smith said 2015 had been another “challenging year” with heavy discounting by competitors.

The stock price hasn’t recovered since February 2015, when chief financial officer Cary Turner abruptly retired on the day Pier 1 surprised investors with weaker than expected fourth quarter results. It was widely believed that Mr. Smith fired Mr. Turner, who had been with the company for 23 years.

Founded in 1962, Pier 1 Imports is a Fort Worth–based retailer specializing in imported home furnishings and decor, particularly furniture, table-top items, decorative accessories, and seasonal decor. It has locations in all 50 states and Canada as well as a flourishing e-commerce website.

Korn Ferry says retailers are facing major shifts in their businesses that call for ‘unprecedented responses’ by CEOs who can effectively lead through change, intuitively and analytically understand the evolving consumer, and respond to ambiguity. According to the firm, developed markets, excess retail capacity, rising prices, the shift to omni-channel retail, and the unpredictable pace of change in consumer shopping habits all affect the type of leader retailers need.

According to retail-focused executive recruiter Herbert Mines, 31 percent of incoming retail CEO’s are focused on international expansion as a key strategic priority, making that global mindset a competitive differentiator.

Hunt Scanlon has reported on several leadership changes at top retail companies in recent months. Here is the latest sampling:

Check Out These Related Articles On the Retail Sector: