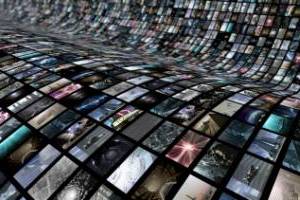 October 10, 2017 – An array of new recruiting firms have opened around the world this year.

Mr. Pollack most recently served as head of the media & entertainment practice at Heidrick & Struggles. Before that, he was a partner at the SevenArts, a boutique search firm specializing in media, communication and entertainment businesses.

Before entering executive search, Mr. Pollack served as senior vice president at Media Audits International and vice president and managing director EMEA and Asia at A+E Television Networks, where he was responsible for launching and managing the group’s portfolio of channels. He has also worked as vice-president of sales at Sony Pictures Television International and director of sales for the Walt Disney Co. Mr. Pollack has also been on the board of OSN in Dubai and currently serves as a non-executive director of the Denver-based media audit specialist MAI.

“If you operate in the media sector in any country in the world and need to appoint senior executives, I and my colleagues will find them,” Mr. Pollock said. “No one knows more about who’s who and what’s what in media than we do.”
Mr. Pollock will work closely with Stephen Buchanan, managing director of Research Europe. Mr. Buchanan has over 20 years’ experience in executive search, working in 45 countries around the world. He was head of research at two London-based executive search firms in the late 1990s and early 2000s.

In recent months, new recruiting firms have opened around the world in not only the media and entertainment sector but a wide range of industries. Here’s a look at a recent sampling from the Hunt Scanlon Media archives:

A new executive recruitment firm, Hanning Recruitment, has been launched in the U.K. It is headed by Toby Speke and backed by Rory Penn and Thomas van Straubenzee of the London agency VanHan. Mr. Speke previously worked for VanHan as well as global real estate firm Knight Frank.

Veteran Edward Batchelor has launched executive search firm Hardman Batchelor International, LLC. Based in Austin, TX, the firm specializes in recruiting and assessing leading board directors, CEOs and C-level executives with a particular focus on cultivating the Austin market.

Search industry veterans Ian Macleod and Paul Atkinson have joined forces to form Atkinson Macleod Executive Search. The firm focuses on board and senior executive level searches for the private and public sectors. Mr. Macleod spent 16 years running the Scottish arm of Odgers Berndtson after serving for 10 years with the Norman Broadbent.

upLIFT HR has been launched in New York by veteran human resources executive Talia Salvati. The firm was created to partner with small and large scale companies holistically to create, structure and recruit its HR teams. It works with purpose-driven companies to find dynamic and nimble HR leaders who can drive their company’s vision and mission.

Wakerobin Partners has been launched in The Woodlands, TX, by Rick Lowry. As a boutique firm, Wakerobin specializes in recruiting corporate and regional leadership throughout the U.S., working in a myriad of industries and disciplines. Mr. Lowry has more than 15 years in the search industry, as well as many years in leadership positions in public and private companies.