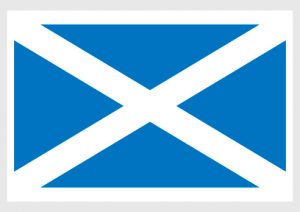 March 31, 2017 – Search industry veterans Ian Macleod and Paul Atkinson have joined forces to form Atkinson Macleod Executive Search. The firm will focus on board and senior executive level searches for the private and public sectors.

While the firm is opening its doors during a period of economic and political uncertainty across the U.K., Mr. Macleod said he is confident that the new business has good prospects for success. “There’s work out there. I would not describe the market as buoyant but there’s people moving on all the time. There’s always going to be appointments, you just have to make sure you are speaking to enough people.”

Brexit, he said, might have an impact on the market but not enough to cause any large concern. “The impression I get is that a lot of companies are reasonably confident they will still have good markets to go at,” he said. Initially, Atkinson Macleod will target work in Scotland but it is expected to branch out into the English market in coming months.

Mr. Macleod spent 16 years running the Scottish arm of Odgers Berndtson after serving for 10 years with the Norman Broadbent. Mr. Atkinson founded of Head Resources in 2001 after developing two other executive search firms.

Scotland has a Western-style open mixed economy closely linked with the rest of the U.K. Traditionally, the Scottish economy has been dominated by heavy industry underpinned by shipbuilding in Glasgow, coal mining and the steel industry. Edinburgh is the financial services center of Scotland, with many large financial services firms centralized here, including Lloyds Banking Group (owners of HBOS); Royal Bank of Scotland and Standard Life.

As the fallout deepens in the post-Brexit world, the U.S. is looking more attractive to search firms headquartered in the U.K. that find they can just as easily expand their global search platforms to America.

Here’s a look at just a few of the recent moves made by search firms to the American shores, taken from the Hunt Scanlon Media newswire archives: