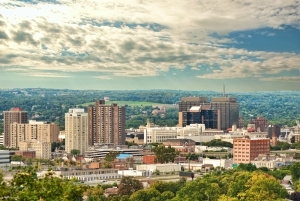 Visit Syracuse focuses on building the tourism industry for Syracuse and Onondaga County, NY. It is an affiliate of CenterState CEO, an economic development group for central New York state, and Onondaga County’s official tourism promotion agency. The group leads in the production of over $863 million in direct visitor spending annually to the local economy, said Visit Syracuse. It is the area’s largest accredited destination marketing organization.

Visit Syracuse’s CEO will be responsible for providing overall leadership to team members to consistently deliver quality programming related to the mission and goals of the group, said SearchWide. The CEO is expected to coordinate communications to the board of directors, and also serves as the primary liaison with elected officials and community leaders.

Visit Syracuse wants an executive with a minimum of seven years of experience in leadership, businesses, marketing, with a strong emphasis on the tourism and/or meeting & convention industry, said SearchWide. Knowledge of marketing, sales, business theories, practices and procedures is also essential. Supervisory experience with proven ability to recruit, train and develop staff is also desired.

Ms. Henderson, of the recruitment firm, works in all sectors of the hospitality, travel and tourism industry. She is the leader of SearchWide’s industrywide diversity initiative, in addition to her involvement in several industry organizations.

Overall, the travel and hospitality market is estimated to generate an economic impact of $6.5 trillion worldwide this year. In the U.S. alone the $1.5 trillion industry accounts for nearly eight million jobs – more than five percent of the total jobs nationwide.

Many in the industry are hoping to gain from the change in the White House.  “My hope is that Donald Trump will be good for the economy and a voice for the hotel industry on Capitol Hill,” said Keith Kefgen, managing director and CEO of AETHOS, a human capital advisory firm focused on the hospitality sector. “Travel is a key indicator of economic health, and I believe Mr. Trump’s low tax, small government approach is good for business.”