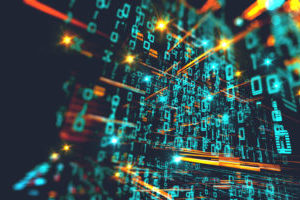 September 3, 2019 – Executive search consortium Signium has strengthened its staff with the addition of Marcelo Apovian as the leader of the global technology practice. He is based in São Paulo, Brazil.

Previously, Mr. Apovian was a partner with Odgers Berndtson. Prior to entering the executive search sector, Mr. Apovian worked for multinational companies including Lucent Technologies and Avaya. As a former professional skier, he was the board chairman of the Brazilian Snow Sports Federation (CBDN) and is a motivational speaker.

In his role with Signium, Mr. Apovian will focus on assignments across a broad range of sectors including the digital, technology, consumer, board services and leadership consulting fields. He is certified in executive coaching and a member of IBGC (Brazilian Corporate Governance Institute).

“I have been working with technology and digital since the beginning of my career and I find it the most dynamic and interesting environment to be part of,” said Mr. Apovian. “It is such important industry in our world and its influence will continue to grow into the next generation.”

In recent months, the organization has been expanding to various regions around the globe. Here’s a look at the firm’s most recent changes, from the Hunt Scanlon Media archives:

In an effort to further strengthen its capabilities in the Nordic region, executive search consortium Signium has expanded in Sweden with the addition of J Eng Consulting. Founder Johannes Eng joins Signium as a partner. Mr. Eng has more than 15 years of experience in staff-leading positions and as a board director.