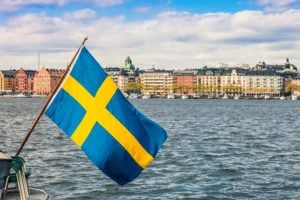 February 12, 2019 – In an effort to further strengthen its capabilities in the Nordic region, executive search consortium Signium has expanded in Sweden with the addition ofJ Eng Consulting. Founder Johannes Eng joins Signium as a partner.

Mr. Eng has more than 15 years of experience in staff-leading positions and as a board director. His experience includes business development, working with start-ups in early phase and entering new markets with premium brands. He works with clients from around the world.

Mr. Eng, active in the recruitment and executive search industry since 2008, has placed numerous executives, mainly within the private sector. He works with executive search and assessments with a focus on industry, automotive, process, medtech and FMCG. Mr. Eng runs executive-level recruitments in several industries both in Sweden and internationally.

Sweden is the 16th-richest country in terms of gross domestic product per capita. The service industry accounts for about 85 percent of jobs in the area. The near total absence of heavy industry (and fossil fuel power plants) makes Stockholm one of the world’s cleanest cities. The last decade has seen a significant number of jobs created in high technology companies there. Large employers include IBM, Ericsson, and Electrolux. Stockholm is Sweden’s financial center. Major Swedish banks, such as Nordea, Swedbank, Handelsbanken and Skandinaviska Enskilda Banken, are headquartered there, as are the major insurance companies Skandia, Folksam and Trygg-Hansa.