Menu
View our Events
Stay Connected:
Looking to add staff in the first 90 days of 2018, U.S. businesses report their strongest hiring intentions in 10 years, according to the latest ‘Employment Outlook Survey’ by ManpowerGroup. 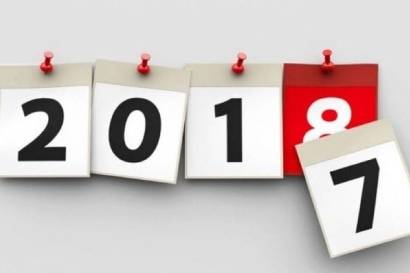 December 12, 2017 – U.S. employers expect hiring to pick up in the first quarter of next year, with 21 percent planning to add staff between January and March, according to the latest “Employment Outlook Survey,” released today by ManpowerGroup. Employers in all U.S. regions and industry sectors expect headcount to grow.

The upbeat forecast indicates that the uncertain political climate continues to have little effect on employer confidence. Of the more than 11,500 U.S. employers surveyed, 71 percent expected to maintain their headcounts, and just five percent expected workforce reductions.

Taking seasonal variations into account, the net employment outlook for Q1 2018 is up 19 percent, the strongest reported in the past decade. This marks the 14th consecutive quarter with an outlook of plus-15 percent or stronger. Nationwide, hiring prospects are two percentage points stronger when compared with the final quarter of 2017, and employers reported an increase of three percentage points in comparison with this time one year ago.

“We’re seeing a renaissance in industries like construction and manufacturing in the U.S.,” said Becky Frankiewicz, president of ManpowerGroup North America. “These are not the jobs of the past – many are highly skilled roles that will build America’s future. Strong hiring intentions tell us employers have positions to fill, yet we know they’re struggling to find people with the right skills to fill them.”

“Technological disruption will touch all industries sooner or later,” Ms. Frankiewicz said. “It’s time for us to embrace this change and do more to invest in American workers.” She pointed to her own company as a prime example of what employers can do to make the transition to the workforce of tomorrow, “from our ground-breaking partnership upskilling veterans for digital manufacturing roles with Rockwell Automation to our nationwide MyPath program that provides tools for people to accelerate their careers.”

When compared with the final quarter of 2017, transportation & utilities sector employers nationwide reported moderately stronger hiring intentions. A slight improvement in hiring prospects was reported for two industry sectors at the national level: construction and wholesale & retail trade. Hiring plans remained relatively stable in all the remaining national industry sectors when compared with the previous quarter.

Employers in all four regions in the U.S. have a positive outlook. In the Midwest, 21 percent of businesses surveyed anticipated an increase in staffing levels in the January-March time frame, while five percent expected payrolls to decline. Compared with the previous quarter, relatively stable hiring intentions were reported in three Midwest industry sectors: financial activities, nondurable goods manufacturing and professional & business services.

Twenty percent of businesses surveyed in the Northeast anticipated workforce gains during the next three months, with six percent of employers expecting payrolls to decline. Compared to the final quarter of 2017, Northeast job seekers can expect moderately weaker hiring opportunities in two industry sectors: other services and professional & business services.

First quarter staffing levels were expected to increase in 22 percent of the businesses surveyed in the South, while five percent of employers anticipated a decline in payrolls. Job seekers in three region-wide industry sectors can expect slightly weaker hiring activity during the coming quarter when compared with the final quarter of 2017: construction, information and nondurable goods manufacturing.

In the West, 22 percent of businesses surveyed expected an increase in staffing levels during the January-March period, while five percent anticipated a decline. A slightly weaker hiring pace is anticipated by employers in two of the West’s industry sectors in a quarter-over quarter comparison: leisure & hospitality and other services.

ManpowerGroup interviewed nearly 59,000 employers across 43 countries and territories to forecast labor market activity in the first quarter of 2018. All participants were asked, “How do you anticipate total employment at your location to change in the three months to the end of March 2018 as compared to the current quarter?”

According to the survey, workforce gains of varying margins were forecast by employers in 41 of 43 countries and territories. And for the second consecutive quarter since the global financial crisis in 2009, employers reported no negative outlooks among the 43 countries and territories. Additionally, employers in a number of countries, including Australia, Japan, Norway, Poland, Romania and the U.S., reported their strongest hiring plans in five years or more. There are also signs that the volatility recently observed in some countries— most notably in Brazil, China and India—is declining.

Hiring In Full Throttle Heading Into 2018
It’s common knowledge that the U.S. unemployment rate is at its lowest level in over a decade. That’s good news, of course. But companies also know that this is the kind of good news that can make the jobs of human resource leaders that extra bit tougher. It’s not just that competition for talent is fierce.

Workforce gains were forecast in 23 of 25 countries in the Europe, Middle East & Africa (EMEA) region through the first three months of 2018. Hiring plans improved in 10 countries quarter-over-quarter, weakened in 10, and were unchanged in five. In a year-over-year comparison outlooks improved in 14 countries, declined in eight and were unchanged in three. Job seekers in Romania and Slovenia may benefit from the strongest EMEA region first quarter hiring plans, while the weakest forecasts were reported in Austria and Italy, with employers in both countries predicting a flat hiring pace through the first three months of the year.

Payrolls are expected to increase in all eight Asia Pacific countries and territories, and outlooks are trending generally stronger. The forecast improved by varying margins in five countries and territories in comparison to the fourth quarter results, weakened in only two and was unchanged in one. In a year-over-year comparison hiring plans strengthened in six and were unchanged in the remaining two. Employers in Taiwan reported the most optimistic forecast in the region, as well as across the globe. The region’s weakest forecasts were reported by employers in China and Singapore.

Positive outlooks were reported in all 10 countries surveyed in the Americas. Hiring confidence strengthens in five countries, dipped in three and were unchanged in two when compared to the last three months of 2017. In the year-over-year comparison hiring activity was expected to pick up in six countries, decline in three and remain unchanged in one. Employers in the U.S. and Costa Rica reported the strongest first quarter hiring plans while those in Brazil and Panama reported the weakest.