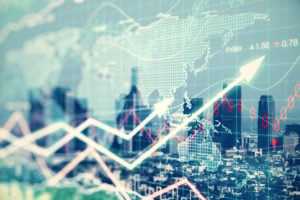 May 1, 2019 – Executive search consortium Signium has elected Peter de Jong based in Amsterdam and Felipe Rivelles in Mexico City as new members of its board of directors. Mr. de Jong has been appointed as vice president of marketing while Mr. Rivelles becomes vice president for the Americas region

“Signium is building on its long experience in the industry to create a modern, global, client-focused business,” said Alastair Paton, chairman of Signium. “Key to our future success will be strengthening the Signium brand worldwide and growth in the Americas, particularly in the U.S. The appointments of Peter and Felipe will strengthen the board, providing focus and leadership in these two critical areas.”

Mr. de Jong has been active in executive search since 2000 and joined Signium in 2014. He has served on the board of directors at Stanton Chase for five years. Earlier in his career, Mr. de Jong worked at Unilever and Nestle in general management, marketing, and commercial roles. In his new role as VP of marketing, Mr. de Jong will focus on brand strategy and marketing communications.

“I am thrilled to serve on the global board of Signium and feel privileged to serve the international partnership and will give my very best to contribute to the on-going growth of Signium,” said Mr. de Jong.

Mr. Rivelles has been involved in executive search since 2007 and joined Signium in 2017. He has an extensive background in business and marketing for major world brands including the Kellogg Co., Campbell Soup Co., and Grupo Bimbo. In his new position, Mr. Rivelles will create a realistic growth plan that will include business development in the key Americas region.

“I am excited and honored to have received Signium’s support for implementing its strategy to strengthen the Signium brand and growth in the Americas,” said Mr. Rivelles.

These appointments come at an important time as the organization has been expanding to various regions around the globe. Here’s a look at the firm’s most recent changes, from the Hunt Scanlon Media archives:

In an effort to further strengthen its capabilities in the Nordic region, executive search consortium Signium has expanded in Sweden with the addition of J Eng Consulting. Founder Johannes Eng joins Signium as a partner. Mr. Eng has more than 15 years of experience in staff-leading positions and as a board director.