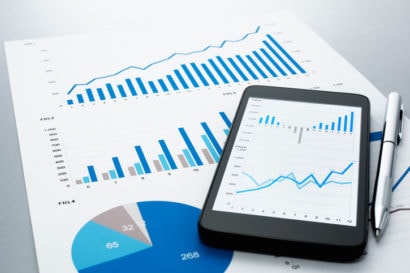 Executive search revenue increased 8.6 percent year over year, or $12.5 million, to $158.3 million from $145.8 million last year. Revenue increased 15.1 percent in the Americas region and 6.7 percent in the Asia Pacific, but declined six percent in Europe. Every industry practice contributed to the growth, except financial services which declined four percent. Heidrick Consulting net revenue also decreased 6.7 percent, or $1 million, to $13.3 million from $14.2 million in the 2018 first quarter.

“We are pleased to report our 15th quarter in a row of year-over-year growth in net revenue and continued improvement in profitability,” said Krishnan Rajagopalan, president and CEO. “Market demand for the executive search and leadership advisory services continues to be positive, despite the usual quarter-to-quarter and geographic variability.”

“We are pleased with the progress we are making to differentiate our human capital solutions through our own digital transformation by utilizing more data-driven, tech-enabled platforms to help our clients accelerate their performance,” he said. “We are off to a good start in 2019 and see continued opportunity to gain market share and increase shareholder value.”

Heidrick’s board of directors has declared a 2019 second quarter cash dividend of 15 cents per share payable on May 24 to shareholders of record at the close of business on May 10.

Ms. Hibbert has been regional practice managing partner for financial services in Europe and Africa since 2017 and previously led the U.K. financial services practice. Mr. Ryan continues to work with the firm’s senior management and office leaders to continue driving profitable growth in the Americas. Mr. Schwanhausser was previously co-managing partner for the global consumer products sector and earlier led that sector in the Americas.

“Succession planning is a core service we provide our clients to help them effectively manage change and the future growth of their companies,” said Mr. Rajagopalan. “We also have a strong focus on succession planning within our firm, and we work closely with our leaders to help them grow and take on new challenges. The leaders that have been appointed into their new positions have proven track records of managing with agility and delivering results, and they will play key leadership roles as we continue to expand our search and consulting offerings.”

Business for recruiters has been heating up. With culture shaping now seen as one of the most important drivers to achieve competitive advantage among companies, many search firms – including the global leaders as well as the boutiques – now offer some variation of it.

To bolster its leadership in the space, executive search firm Spencer Stuart just reached a definitive agreement with global professional services firm Aon to acquire certain businesses within its talent practice, specifically its culture and engagement, leadership development and advisory, and related products and services. It is anticipated that this business will operate as a distinct and important new entity within the Spencer Stuart organization and will involve some 550 employees in 26 countries.

A number of institutional investors have recently added to or reduced their stakes in Heidrick’s stock: Legal & General Group recently cut its holdings in Heidrick by 1.4 percent, according to the firm’s most recent filing with the Securities and Exchange Commission. The institutional investor owned 40,290 shares of the search firm’s stock after selling 585 shares during the period. Legal & General Group owned approximately 0.21 percent of Heidrick’s worth $1,254,000.

In addition, Barrington Research boosted their target price on the search firm to $51 and gave the company an “outperform” rating in a research report. Lastly, ValuEngine raised Heidrick from a “hold” rating to a “buy” rating. One analyst has rated the stock with a sell rating, three have issued a hold rating, one has assigned a buy rating and one has assigned a strong buy rating to the company.

Heidrick expects 2019 second quarter consolidated net revenue of between $172 million and $182 million. In the 2018 second quarter, the firm experienced an unusually high number of upticks that resulted in net revenue of $183.1 million, $18 million higher than the midpoint of company’s guidance of $165 million.

Heidrick shares have risen 28 percent since the beginning of the year. In the final minutes of trading on Monday, shares hit $39.92, a climb of slightly more than five percent in the last 12 months.