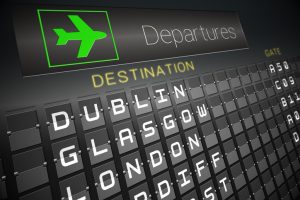 May 26, 2017 – U.K.-based executive recruiter Saxton Bampfylde has expanded in Scotland with the addition of Mary Few as a partner. She joins the firm’s Edinburgh team.

Most recently, Ms. Few set up and ran operations for West Indochina, an executive search firm serving the Myanmar market. Prior to that, she worked for the Eliot Partnership, a London search firm that specializes in the insurance sector.

“Mary’s track record speaks for itself,” said Stephen Bampfylde, founder and chairman. “We are delighted to have her on board as she returns home to Scotland with her family. With her experience at a national and international level, we believe she will bring a very interesting perspective to search in the Scottish market.”

“We are delighted to welcome Mary to the Scottish team, as we expand our connections and network right across the country,” said Peta Hay, managing director for Saxton Bampfylde in Scotland. “The market in Scotland continues to demand the very highest caliber of senior candidates from an increasingly wider pool at a national and international level. Having Mary on board to help enhance our search capabilities and service offering is a very positive move for us as we continue to grow the business.”

Scotland has a Western-style open mixed economy closely linked with the rest of the U.K. Traditionally, the Scottish economy has been dominated by heavy industry underpinned by shipbuilding in Glasgow, coal mining and the steel industry. Edinburgh is the financial services center of Scotland, with many large financial services firms centralized there, including Lloyds Banking Group (owners of HBOS), Royal Bank of Scotland and Standard Life ….. Here’s some further reading from Hunt Scanlon Media.

Saxton Bampfylde has worked across many sectors in Scotland and globally for the past 30 years. In 2014, it opened its first dedicated Scottish operation. Most recently the team placed leaders for Standard Life, George Heriot’s School, Scottish Government, National Trust for Scotland, National Galleries of Scotland and University of Aberdeen.

Founded in 1986, the firm works with clients ranging from FTSE 100 companies and blue chip multinationals, government and academia to foundation trust hospitals, arts institutions and not-for-profits. The search firm is recruiting new leaders for clients that include ACS International Schools, Kingston University, The David Ross Education Trust, Wycliffe, ACS International Schools, King’s College London, The World Association of Girl Guides and Girl Scouts and the General Dental Council, among others.

Check Out These Related Articles On U.K. Search Firms Expanding: