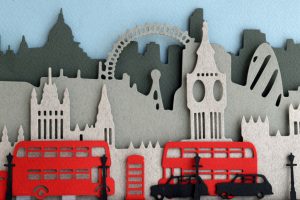 May 22, 2017 – London-based executive search firm Morgan Hunt Executive Search has named Maria Yankovskaya as head of its London office. Ms. Yankovskaya has over 18 years of experience in executive search, including 10 years as a consultant in the banking practice of Ward Howell International in Moscow and six years as a lead consultant and partner with a major international search firm in London. She started her career at Alfa Bank in Moscow.

“We are proud to welcome Maria to our team,” said Olga Selivanova-Shoff, chief executive officer of Morgan Hunt Executive Search. “She is a well known recruitment professional with an impressive track record in the banking sector; her arrival will undoubtedly strengthen our market position even more.”

Morgan Hunt Executive Search is a U.K. consultancy established in 1994 and specializing in senior level recruitment for emerging markets with a particular focus on Russia&CIS. The company was part of the Morgan Hunt Group until 2014 and has offices in London and Moscow.

As the fallout from Brexit deepens, there has been a notable degree of expansion among executive search firms in London. Here is a look at some recent activity among search firms in the U.K. from the Hunt Scanlon Media archives:

ZRG Partners recently opened an office in London with the addition of Steve Banks as managing director and U.K. country head, bringing a strong background to support the firm’s plans for the region. By the end of the year, ZRG expects to have a team of five managing directors in key market verticals in London to further support its expansion plans.

London-based Dunleavy White strengthened its staff with the additions of Sarah Hanan and Danita Waterfall-Brizzi as partners. Ms. Hanan spearheads growth within the firm’s travel and aviation sectors. She has over 20 years of experience within the travel industry. Ms. Waterfall-Brizzi was hired to develop the global growth of the firm with a focus on central Europe.

In January, EMA Partners International opened a new office in London with the addition of managing partners Alison Ryan. Ms. Ryan has assisted organizations across market sectors identify executive talent for a range of functions, including finance, sales, operations, and marketing.