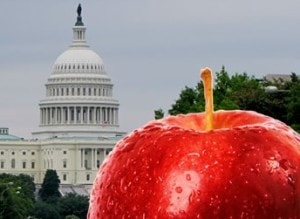 According to Mr. Werker, Boyden brings market leadership, strong revenue and a proven track record in the sectors, particularly in the U.S., Canada, Latin America and portions of Europe. Prior to joining the firm, Mr. Werker held a series of senior management positions in Western Canada. He was managing partner, Western Region, for Morneau Sobeco, the largest Canadian-owned employee benefits, pension and human resources administration consulting firm.

“Our new non-profit, government and education practice brings together sectors where the objective is social good as opposed to monetary profit, and I am proud to say it’s an area where Boyden is already a phenomenal performer,” said Trina Gordon, president and CEO of Boyden World Corporation. “Ken is the right global practice leader, with his impressive track record working closely with Canada’s federal and provincial government corporations, universities, healthcare providers, non-governmental and industry trade associations. Ken and his team have set the benchmark in the sectors in Canada which can be applied around the globe.”

“On a global basis, we will continue to focus on the large and complex multinational non-profits, especially building off our success in Washington D.C., Ottawa and key Latin American and European capitals,” said Mr. Werker. “Boyden has a competitive advantage in the sector, thanks to an outstanding global team with the experience to build out the practice and the ability to serve clients at the highest levels in the government, non-profit and education sectors.”

In Canada, Boyden has conducted a number of searches in the non-profit, government and education sectors, including placing CEOs for the Canadian Electricity Association, the Canadian Institute of Auditors, the Newfoundland Public Sector Pension Plan and the Ontario Power Generation. In the U.S., the firm has placed the head of the Connecticut Housing Authority, CNA Corporation, the Eno Center for Transportation, the Emerging Markets Private Equity Association, and the Pacific Pension Institute. In Europe, Boyden has filled executive-level positions for Amnesty International Germany, Amnesty International Italy, and UNICEF in Italy.

Last month, Boyden grew its non-profit expertise with the addition of Lynn Ogden as a new partner in its San Francisco office. She is a member of the firm’s global consumer and non-profit & education practices. With over 25 years of experience in Asia and the U.S., she has experience working with Fortune Global 500 and mid-cap organizations including Avon, Bristol-Myer Squibb, Chanel, Colgate, Disney/BVI, Nike, Omnicom and the University of Oregon. Previously, Ms. Ogden served as vice president and engagement leader at Senn Delaney, a Heidrick & Struggles company that provides culture shaping and consulting services.

Check Out These Related Articles on Boyden: