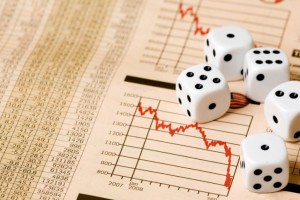 Fourth quarter revenue was $236.6 million, a decrease of 11.3 percent from the same period a year ago. Also in the quarter, the Philadelphia-based company reported a loss of $17.1 million or a loss of 87 cents. MRI’s revenue during the quarter decreased 11.4 percent compared to the prior year.

“We start 2016 with a strategic plan centered on highly specialized talent deployed through staffing, project and managed solutions,” said Mr. Freidheim. “We will transition our North American talent business to focus on high, value-added skill-based practices.” To accomplish this, the company is creating a specialty talent and technology segment.

During the fourth quarter, its board of directors approved a stock repurchase program. Under the plan, CDI is authorized to repurchase up to $20 million of its common stock from time to time and at prices considered appropriate by the company.

During the quarter, MRINetwork, the company’s search subsidiary, appointed Jill Albrinck as its new president. She previously served as chief operating officer of DeVry University.

“Jill will drive a new phase of strategic growth for MRINetwork,” said Mr. Freidheim. “Her leadership experience and track record of successfully growing businesses makes her the right person to leverage MRINetwork’s 50 years of innovation in talent solutions.”

To augment its new technology business segment, CDI closed its acquisition of EdgeRock Technologies during the quarter. EdgeRock is a privately held, specialist IT staffing firm headquartered in Boston. The acquisition provides CDI with a national platform for providing highly-skilled specialist IT staffing to companies like SAP, Oracle and PeopleSoft. EdgeRock is now a division of CDI but will continue to operate under the EdgeRock Technology Partners brand name.

CDI’s shares have declined 20 percent since the beginning of the year. In the final minutes of trading on Wednesday, shares hit $5.43, a fall of 71 percent in the last 12 months.