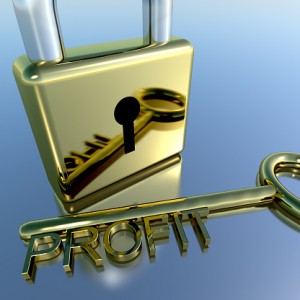 April 22, 2016 – ManpowerGroup / (NYSE:MAN) posted first quarter revenues of $4.6 billion, a one percent increase from revenues of $4.5 billion a year ago. The company’s performance missed Wall Street forecasts which had expected $4.62 billion.

Financial results in the quarter were impacted by the stronger U.S. dollar relative to several foreign currencies compared to the prior year period. On a constant currency basis, revenues increased five percent and earnings per share increased 22 percent.

“We are pleased with our performance in the first quarter, starting the year on a positive note,” said Jonas Prising, chairman and chief executive officer. Mr. Prising said the global environment continues to be uneven, with some countries continuing on their path of slow and steady growth and others struggling to gain traction.

“This is the kind of environment where our workforce solutions can be instrumental in helping companies execute their business strategies, and at the same time provide millions of job seekers with opportunities for quality employment,” said Mr. Prising. “We are committed to delivering outstanding service quality to our clients and candidates, helping them succeed in an uncertain environment.”

Indeed, temporary workers continue to be in high demand as large companies continue to seek lower costs and labor flexibility.

And small to mid sized companies, seeing financial advantage in streamlining their operations by hiring part time workers, have been turning to this staffing option in droves.

A major beneficiary of this trend is Milwaukee-based Manpower, which fills a variety of these positions globally. The company has a current market cap of $6.12 billion with its stock trading at just above $84.50. Analysts, generally bullish on where the staffing sector might be heading, have given the company a one-year price target of $109, a gain of nearly 30 percent.

Mr. Prising said in an interview that he anticipates second quarter earnings per share will range between $1.47 to $1.55.

ManpowerGroup has more than 400,000 clients in 80 countries and territories. It had $5.2 billion in total assets at the end of the first quarter, up from $5.1 billion at the same time last year.

The company’s shares have climbed slightly more than one percent since the beginning of the year. The stock has risen slightly in the last 12 months.

During the quarter, Manpower was named to the 16th annual list of America’s Top Corporations for Women’s Business Enterprises (WBEs), the only national award honoring corporations for world-class supplier diversity programs that reduce barriers and drive growth for women-owned businesses.

“ManpowerGroup has long been a promoter of diversity and gender parity, so it is an honor to receive this recognition from the Women’s Business Enterprise National Council,” said Kip Wright, senior vice president, Manpower North America. “When women represent half of the global talent pool yet remain largely underutilized – especially in leadership roles – we need to do everything we can to ensure women can participate in the workforce.”

The company recently announced that Jeffrey A. Joerres had retired as executive chairman at the end of last year. He joined ManpowerGroup in 1993 and served as chairman of the board since 2001. He served as CEO from 1999 until 2014.

Check Out These Related Articles On Recruiting Firm Performance: