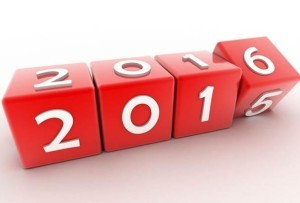 December 8, 2015 – Continued optimism ranks high among U.S. employers as they enter 2016, according to the latest Manpower Employment Outlook Survey. Taking into account seasonal variations, the company’s Net Employment Outlook is +17 percent, making anticipated hiring in the first quarter of 2016 highly stable compared to fourth quarter 2015 and last year at this time.

Of the more than 11,000 U.S. employers surveyed, 20 percent anticipate increasing staff levels in Q1 2016. This is a one percent drop from Q4 2015, but a small gain from Q1 2015 when the estimated increase in hiring was 19 percent. Six percent of employers expect workforce reductions, and 72 percent expect no change in hiring plans. The final two percent of employers are undecided about their hiring intentions, resulting in a seasonally adjusted Net Employment Outlook of +17 percent.

“We’ve seen strong jobs growth in the U.S. throughout 2015, along with declining unemployment and increasing wages, which brings a continued optimism for the start of 2016,” said Jonas Prising, ManpowerGroup CEO. “We expect these broad trends to continue going into 2016, despite ongoing challenges in certain sectors like energy and manufacturing, as well as in export-driven industries. As the unemployment rate comes down and the labor market continues to tighten, employers will increasingly feel the impact of rising wages and the on-going skills mismatch.”

Globally, first quarter hiring confidence is strongest in India, Taiwan, Japan, Turkey and the U.S. The weakest – and only negative – forecasts are reported in Brazil, Finland and France. China’s slowing economy and decreased demand for raw materials are impacting labor markets beyond Asia Pacific. Forecasts for the mining and extraction sector are down across the globe, including in Colombia, Peru and South Africa where sector forecasts are the least optimistic yet reported.

“Economic growth expectations have come down in some global markets, but in many cases are consistent with hiring outlooks last year,” said Mr. Prising. “The strength of the global recovery will continue to be uneven, particularly for some countries in Asia, Latin America and Europe.

In Europe, said Mr. Prising, employers in the U.K. and Germany anticipate increased hiring, while employers in Italy report their first positive hiring expectations since Q1 2011, all of which points to opportunities for growth going into 2016. “Companies we speak with intend to make their organizations more agile and able to deliver value in shorter timeframes as they adjust to cycles or disruptive changes within their industries,” he said.

These positive outlooks follow another positive labor report which was released this past Friday. The labor market grew at a healthy pace in November as employers added 211,000 jobs and the U.S. unemployment rate remained at five percent, according to the Bureau of Labor Statistics. These numbers topped analyst expectations and may have turned the final key for the Federal Reserve to hike interest rates later this month. Wall Street had been expecting 200,000 new jobs and the unemployment rate to be unchanged. Job growth occurred in construction, professional and technical services, and healthcare. Employment in mining and information declined over the month.

“We have added more jobs over the past three years than in any three-year period since 2000, and wages are continuing to rise,” said Jason Furman, chairman of the president’s Council of Economic Advisers.

Ataman Ozyildirim, Conference Board director of business cycles and growth research, said: “Despite lackluster third quarter growth, the economic outlook now appears to be improving. And while the six month growth rate has moderated, the U.S. economy remains on track for continued expansion heading into 2016.”