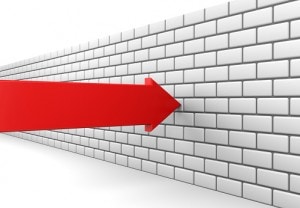 During the most recent quarter, revenue from the company’s careers – North America operations decreased eight percent year over year to $112.1 million. Revenue from careers – International of $47.1 million were down 11 percent.

In the fourth quarter, Monster repurchased 1.3 million shares of the company’s common stock at a value of $8 million. In October, the board of directors authorized a $75 million share repurchase program over a period of 24 months.

“We are pleased to report solid improvement in earnings and cash generation consistent with our plan despite less than expected revenue for the fourth quarter. While we have much more work to do to fully implement our ‘All the Jobs, All the People’ strategy, we made real progress during 2015,” said Tim Yates, chief executive officer of Monster.

“Business trends improved on a year over year basis while new products continue to be an increasing percentage of our overall business. The progress we showed in growing the revenue and profit in our European business continued this quarter and a number of our channels in North America showed strong performance. We underperformed in North America in our transactional business as a result of competitive pressures and seasonality, as well as macro considerations in Canada.”

During the quarter, Monster completed the sale of its remaining 50 percent ownership position in its South Korean operation, JobKorea, to H&Q Korea for approximately $85 million.

Just recently, Monster formed an alliance with Jobaline, a mobile and bilingual cloud based recruiting solution and marketplace for hourly jobs. The hourly jobs created on Jobaline will be automatically distributed across Monster’s network, including the Monster mobile app, offering large employers a pay-per-results solution where they pay only for local candidates that live within the required distance or commute time from the job and that pass the screening criteria defined by the recruiting manager.

“Monster’s downstream move into the hourly jobs market shows just how far the company has fallen in terms of strategy and focus,” said Scott A. Scanlon, CEO of Hunt Scanlon Media. “The reality is the talent market is shifting so radically, and continues to do so. This is one company that clearly has not kept pace.”

Mr. Scanlon said that Monster is nearly four years into a rebranding effort to restore the company’s leadership position in the online employment marketplace. “But competition has intensified and many recruiters who at one time lived on the Monster platform have now turned to alternative social media sites liked LinkedIn and Facebook in droves.”