Stay Connected:
In the age of the “female Sisyphus” new research from Boyden says it is imperative for executive leadership to change corporate culture and leverage female talent to compete. Let’s preview the study and examine new ways organizations can increase female leadership . . . and reap the benefits. 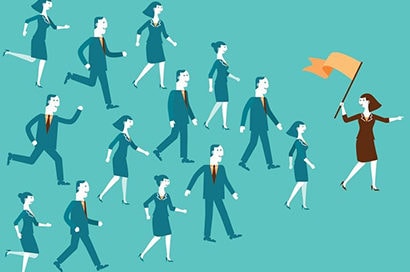 December 4, 2018 – According to a just-released report from Boyden, 63 percent of C-suite and executive participants in German-speaking Europe, 75 percent in the Nordic region and 86 percent in Southern Europe report that access to top management roles is more difficult for women than for men. No surprise there. In the U.K., however, only 38.5 percent of participants see access as more difficult for female executives.

This imbalance, coupled with challenging social and business environments, prompts the image of a “female Sisyphus,” says Boyden, forever pushing a boulder uphill.

In its report, Boyden called upon business leaders to create a cultural environment and management style that enhances the performance of their organization by leveraging diverse talent, particularly aspiring female leaders. The research underpinning this call to action is part of Boyden’s global campaign to #DisruptTheNorm.

As part of Boyden’s ambition to change the status quo on female leadership, Boyden partners in eight European countries delved into the barriers, enablers and solutions for increasing female leadership in the consumer & retail, financial services, healthcare, industrial and tech sectors.

Boyden found that over 85 percent of CEOs whose companies have a formal diversity and inclusion strategy said it improved their bottom line, while enhancing innovation, collaboration, customer satisfaction and talent attraction. A 10-year analysis of 300 U.S. start-up investments found that companies with a female founder performed 63 percent better than those with all-male founding teams. Boyden also found that women control roughly $20 trillion of total consumer spending globally and influence up to 80 percent of buying decisions. In addition, the more visible women are, the more women aspire to leadership. Twenty-nine percent of board positions are held by women in companies with a female CEO versus 15 percent overall, said Boyden. 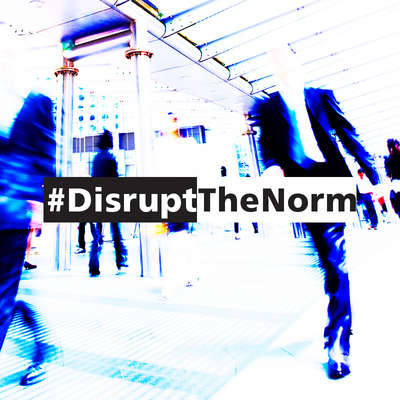 #DisruptTheNorm is a Boyden-driven campaign to accelerate diversity in leadership. The firm envisions a world where the CEO and its image is not defined by gender, background or ethnicity, but by success. It is a call to action and acknowledgment that we all are contributors to the solution.

“Female leaders are vital for maintaining global economic growth,” said Trina Gordon, president and CEO of Boyden. “We have reached a stage of global, commercial disruption that requires a significant change in leadership. We need leaders from as many diverse talent pools as possible to drive commercial and social progress.”

Access is not about a lack of qualifications or technical capabilities. “It’s about strengthening our female colleagues’ self-confidence because they have the brain. There is no hard skill that needs training differently,” said a research participant and CEO of a technology company.

“Boyden is keen to put more confident, assertive female leaders in front of our clients and encourages women to claim their destiny, develop their voice and leverage their contacts,” said Andreas Landgrebe, managing partner of Boyden Austria and leader of the research team behind Furthering Female Leadership. “For our part, we help clients understand how women present themselves differently and focus on potential as well as previous experience.”

The research results are surprising, given that the female participants are already in leadership positions, with three-quarters in C-suite roles, and others running regional and national subsidiaries. Despite their own career achievements, these female leaders and executives reported significant and widespread challenges.

Among them, 64 percent cited a supportive manager or environment as main career enablers, with good fortune a key ingredient, rather than robust democratic processes. This is where business leaders can make a difference, not only to aspiring female leaders, but to the financial performance of their organisations, said Boyden.

Women Remain Lacking in the C-Suite
Female leadership continues to lag at U.S. companies. In fact, women hold just 10 percent of the top executive roles and most working beneath the CEO level are in positions that are less likely to lead to the top. Here’s the backstory. Tory Clarke, partner and co-founder of Bridge Partners, then weighs in.

“It is important that inclusion and diversity are on-going conversations, so they become part of an organization’s DNA, rather than being a special initiative or committee,” said Ms. Gordon. “In time, we would like to see equality, diversity & inclusion among key performance indicators.”

One research participant, a regional vice president of a digital platform, said the transformation must reach the very heart of corporate culture. “We need to change the core values of the corporation, focusing on inclusion and diversity, taking facilitating measures across the HR process,” the person said.

“There are great examples of organizations actively promoting diversity and inclusion or seeking the breadth and depth of capabilities that will help them achieve their business goals,” said Ms. Gordon. “That being said, talented female executives continue to get overlooked for leadership positions. It is unfortunate, as many organizations are missing opportunities to tap into incredible leaders.”

Diversity must be an ongoing conversation as part of the culture of the organization, said Boyden. Be overt about diversity, use hard metrics, targets and training, said the study.

How Executive Search Can Help

Which ways can executive search firms help? They can increase diversity, share expertise and open up networks, said Boyden.

“We want the conversation to spread across the spectrum of diversity, to support new customer segments, talent pools and collaboration such as coopetition,” Boyden said. New paths to growth could result from this broader dialogue and perspective on the global future of business,” said Alicia Hasell, managing partner, Boyden U.S.

“Our job is to be bold – to provoke discussion with clients by bringing superior female leaders to the table,” said Boyden Canada board director, Lisa Kershaw. “We make a point of introducing outstanding female leaders, and work with clients during interviews to address unconscious biases, challenge the need for historical industry requirements and shift the focus towards talent.”