Menu
Stay Connected:
A recent Korn Ferry report has found that women make up only 23 percent of top leaders, with the CHRO role being the only C-suite position where females outnumber men. Let’s take a closer look at the report. 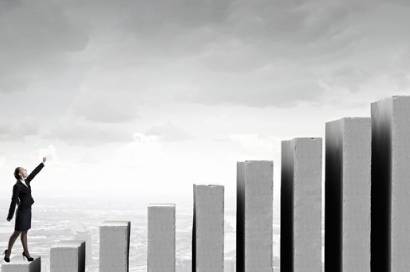 January 10, 2018 – The percentage of women in most C-suite positions is dramatically lower than their male counterparts, according to a new report by Korn Ferry. The study, drawn from an analysis of the top 1,000 U.S. companies by revenue, examined the percentage of women by title and industry and provides an update to a similar report the firm released last year.

The analysis found that across the most prominent C-suite titles (CEO, CFO, CIO, CMO, CHRO) and several industries (consumer, energy, financial, healthcare, industrial, retail, technology and services) an average of less than one quarter (23 percent) of the top leaders in 2017 were women. That is about even from 2016 data, when 24 percent of leaders in the studied C-suite positions were women.

The study found that across all C-suite positions, the most senior post was held by the smallest percentage of women, with only six percent serving as CEO. This percentage was up slightly from five percent in 2016.

Less than one percent of CEOs in the healthcare industry last year were women. (This excludes some healthcare providers and hospital systems, which are often non-profit organizations that may not publicly disclose financial information.) The highest percentage of female CEOs was in the retail industry (12 percent), followed by the consumer industry (nine percent). The two industries with the lowest percentage of women CEOs were industrial (four percent) and healthcare (less than one percent).

“In a recent Korn Ferry study, we interviewed dozens of current and former female CEOs, and 65 percent of them said they hadn’t even considered vying for the top spot until they had a sponsor tell them they were well suited for the role,” said Tierney Remick, vice chairman of Korn Ferry’s global board and CEO practice. “It’s critical that both talented women and those around them focus on creating a clear path for advancement.”

Just 11 percent of CFOs across industries in 2017 were women, which is down from 12 percent the previous year. The industry with the most female CFOs was retail at 19 percent, followed by consumer at 15 percent. Those industries tied for having the least female CFOs were financial and healthcare at eight percent.

“While the percentage of female CFOs dipped slightly last year, we are seeing a positive trend of women being internally promoted to CFO,” said Bryan Proctor, Korn Ferry’s global financial officer practice leader. “From 2012 to 2015, on average 48 percent of female CFOs attained the position through an internal promotion. Last year, the percentage of females internally promoted to CFO rose dramatically to 86 percent. We now see that companies consider diversity an absolute requirement when considering CFO succession options.”

“The results at the most senior level are disappointing, but we do believe we are encountering a greater percentage of impressive and capable female tech talent throughout organizations,” said Craig Stephenson, managing director of Korn Ferry’s North America technology officers practice. “Our research indicates women CIOs rank just as competitively as their male counterparts on key competencies, and we believe it is important to establish explicit and unbiased methodologies in how IT leaders are assessed by both competency and experience.”

According to a recent report, nearly three quarters of women in the early stages of their professional careers aim to reach the top level of the corporate ladder. The findings, based on an exhaustive seven-country examination of working women’s motivations, ambitions and their own definitions of professional success, uncovered a consistent rise in ambition to reach executive leadership from the early stages of women’s professional careers through the senior management level. But this ambition drops, precipitously, for women at senior management levels as they strive to reach the C-suite. It’s an astounding and consequential finding…. Here’s some further reading from Hunt Scanlon Media.

“While up slightly, and still higher than for all other C-Suite executives except CHROs, 32 percent female CMOs is still woefully low,” said Caren Fleit, managing director of the firm’s global marketing officers practice. “Korn Ferry research shows that in order to be successful leading the ongoing, customer driven transformation that is now part of most CMOs’ mandates, marketing leaders need to excel at leadership capabilities that women rank highly in, such as inspiring across organizational silos, building and engaging teams and holding them accountable, and putting the customer at the center,” she said. “So it stands to reason that what differentiates female CMOs would position them well to be successful in this pivotal role.”

The CHRO role was the only C-Suite role where there was gender parity, with 55 percent of CHROs across industries being women, which was the same in 2016. The industry with the largest percentage of women CHROs was financial (66 percent) and the industry with the lowest was retail at 48 percent.

Related: Women Gain Ground In Boardroom, But Not Minorities

“In recent years, the CHRO role has become increasingly tied to the business strategy as leaders understand that their people are their biggest asset,” said Korn Ferry managing partner Emilie Petrone. “Women CHROs bring to the table several competencies, such as collaboration, agility and negotiating, that are critical to successfully guiding talent strategies in organizations.”

The Mix by Industry

When considering the percentage of C-suite women by industry, the financial sector came in the highest last year, at 29 percent. The consumer, healthcare and retail industries each had 24 percent of women in the C-suite. Twenty-three percent of C-suite members in the technology industry were women, followed by the industrial and energy sectors at 21 percent, and 20 percent in the services industry.

“In every industry we analyzed, there’s a tremendous need for improvement to bring more women to the C-suite,” said Ms. Remick. “This is a joint responsibility of the women to seek out experiences and development that can help them lead and succeed, and for organizations to create an environment where women feel empowered to progress in their careers at all levels.”

Related: Women Rise to Dominate CHRO Roles, But Falter On Path to CEO