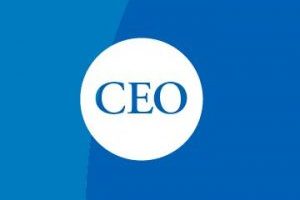 November 2, 2016 – Russell Reynolds Associates has been retained by CDC Group plc to lead its search for a chief executive officer. Current CEO Diana Noble has decided to step down next year after six years leading CDC in a new strategic direction.

The board, led by CDC’s chairman Graham Wrigley, has just begun the search process of finding a new CEO. As part of a well ordered succession, Ms. Noble will support the transition to the new CEO following the appointment later in 2017.

The incoming CEO will be responsible for an organization with some 230 staff currently. Headcount is likely to increase to 300 over the next two to three years, with growth more likely in Africa and South Asia than in London, where the company is based. He or she will communicate internally and externally the key strategic imperatives of the business, to all stakeholders in the U.K. and overseas, ensuring that CDC’s mission is understood and that a clear sense of purpose and achievement as a leader in the development finance community is conveyed.

The successful candidate will be an established, entrepreneurial, and forward-thinking leader, with a proven ability to conceptualize, develop and deliver key priorities, as well as the credibility to interact with a range of stakeholders across the financial and global development sectors in order to enhance CDC’s reputation as one of the leaders of the development finance community.

According to the position specification, candidates will have an understanding of, and preferably a demonstrable track record in, investing, and an understanding of, or exposure to, dual purpose investing. Experience of emerging markets, particularly Africa and/or South Asia, would be valuable. Candidates will also have a passion for international development, a collaborative management style and a record of achievement and personal effectiveness as a leader, ideally at an organization with a degree of scale and complexity.

Established in 1948, CDC is wholly owned by the U.K. government through the Department for International Development (DFID), but operates independently under the governance of an independent board. CDC has a rich heritage and an enviable reputation for pioneering, patient and financially successful investments in emerging and frontier markets. Currently invested in 72 countries and supporting nearly 1,300 businesses, last year businesses backed by CDC helped create over a million direct and indirect new jobs.

Russell Reynolds Associates has been active serving U.K.-based organizations in recent months. The firm has been retained by Save the Children International (SCI) to lead its search for a chief people officer. Concurrent with this assignment, Russell Reynolds has placed Kevin Watkins as Save the Children UK’s chief executive officer. He joined the organization after a three year term as executive director of the influential U.K. think tank Overseas Development Institute.

Russell Reynolds also just recently placed Melanie Waters as CEO of Help for Heroes, one of the best known charities in the U.K. In addition, the firm is currently leading searches for other U.K. charities, including Care Quality Commission, the Royal Brompton & Harefield NHS Foundation Trust (RBH), and the U.K. Export Finance (UKEF).

Check Out These Related Articles On Searching for Non-Profit Leaders: