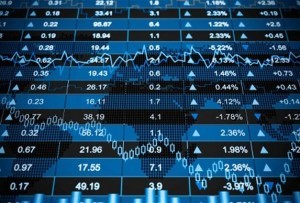 Founded in 2009, Whitney Correlate is a specialist boutique that works with a select number of financial institutions, funds and MNC’s. The firm, which has offices in Hong Kong and Singapore, is also a partner with New York-based Whitney Partners. The deal is expected to close in the fourth quarter, subject to completion of certain conditions. Financial terms have not been disclosed.

The merger will provide Whitney Correlate with access to a larger global client base, while Options Group will strengthen its global investment banking and capital markets recruiting practices.

Following the closure of Whitney Group in 2008, Mr. MacDonald founded Correlate Asia. The company rebranded in January when both Whitney Partners NYC and Correlate Asia together joined Penrhyn International, a global partnership of independent search firms.

Phoebe Ling, a buyside specialist with a product focus on private equity and a regional focus on Southeast Asia, served as a vice president with Whitney Correlate. She had previously been a senior consultant with Spencer Ogden and before that was a VP with Principle Partners Pte Ltd.

William Raeburn Ward rejoins Options Group as an investment banking consultant after serving as a VP with Whitney Correlate, where he worked the last two years.

Catherine Chen, a generalist consultant, has been serving as an associate at Whitney Correlate in the firm’s Hong Kong office.

Matthew MacDonald, also an associate with Whitney Correlate in Hong Kong, will relocate to London and serve as an FICC consultant.

“At a time of growing global interconnectivity, we welcome the fit with complementary platforms in New York and London,” said Mr. Kopp. “There are many synergies between our businesses, and we believe this will enhance our strategic growth plans.”

“Matt Pecheur has served as an excellent leader for our Hong Kong office, and combined with Russell, Niall, and their team’s outstanding track record, we are confident this new partnership will accelerate our growth in the region,” said Bob Reed, Options Group co-founder and president.

The Options Group agreement to acquire the Whitney Correlate business follows on the heels of stepped up merger and acquisition activity in the executive search business. Heidrick & Struggles recently announced its acquisition of Co Company, a London-based advisory boutique specializing in leadership services. Two weeks ago Korn Ferry entered into a definitive agreement to acquire people strategy and organizational performance leader Hay Group in a $452 million dollar deal. And in June, Caldwell Partners expanded its recruiting services to Latin America by forming a strategic alliance with CPGROUP LATAM Ltd.