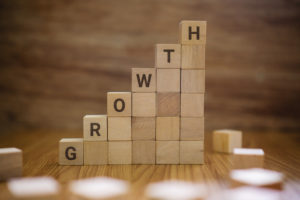 March 13, 2020 – Odgers Berndtson has appointed Clarke Havener as vice chairman, head of board services, and as a member of the firm’s aerospace, defense and national security sector.

“We’re thrilled to have someone with Clarke’s extensive executive search and board experience join Odgers Berndtson and to lead our board services practice,” said Steve Potter, CEO of U.S. Odgers Berndtson. “Clarke’s unparalleled background in recruiting CEOs, board members and other C-suite executives adds a new depth to our global board services and aerospace, defense and national security practices.”

Mr. Havener has more than 35 years of experience in executive search and talent advisory roles. He has led more than 500 board, CEO and functional leadership searches with clients both in the U.S. and abroad. Most recently, Mr. Havener served for 11 years as the global sector leader, aerospace, defense and national security in Korn Ferry International’s Washington, D.C. office. He led a period of explosive growth of the sector through an emphasis on quality, client satisfaction and building a strong global team of professionals.

Before that, he spent 10 years as a managing director with Russell Reynolds Associates, where he formed and led the firm’s aerospace, defense and national security practice. In this role, he served aerospace and defense companies, government and commercial systems integrators, software companies and electronic production companies that sold into government and commercial markets globally.

“I’m delighted to be joining Odgers Berndtson during this exciting period of growth for the firm in general and its board services and aerospace, defense & national security practices specifically,” Mr. Havener said. “I look forward to continuing to work with my former Korn Ferry colleague, Jon Barney, as he leads the U.S. aerospace, defense and national security practice, and to helping Steve Potter build out Odgers’ board practice.”

Mr. Havener recruitments include the current CEOs of numerous public and private aerospace and defense companies as well as numerous private equity held companies. He has also recruited board members on behalf of such companies as Lockheed Martin, Textron, BWX Technologies, TTM Technologies, Maxar, Battelle, Ducommun, Arconic and many other organizations, including private equity boards and SSA boards. Mr. Havener has experience in individual board search as well as putting together entire boards for companies. In the non-profit arena, he has recruited the CEOs of the Aerospace Industries Association, the National Defense Industry Association, the director of the Jet Propulsion Laboratory, the CEOs of Riverside Research and the Universities Space Research Association, and the executive director of the CIA Officers Memorial Foundation.

Odgers Berndtson has recently experienced a wave of growth. In October, the firm added Jon Barney as a partner and head of its just launched aerospace, defense and national security practice. Mr. Barney, who has more than 20 years of executive search, leadership development and management consulting experience, is based in the firm’s Washington, D.C., office. Before joining Odgers Berndtson, Mr. Barney was a senior partner at Korn Ferry where he advised aerospace and defense clients.

The firm also inked a new partnership in France with the addition of Singer & Hamilton, a 30 year-old search firm that specializes in executive search and executive assessment with strong expertise in financial services, life sciences, technology, industry, fashion, luxury and private equity. Singer & Hamilton immediately changed its name to Odgers Berndtson France and will work directly with all of the firm’s entities, but will focus its attention on its largest European offices based in Germany and the Netherlands.

Odgers also named Maureen Ryan as a partner in its healthcare practice. She leads the firm’s U.S. health systems team. A former international health systems executive, Ms. Ryan works with boards and executive teams to custom-build comprehensive talent strategies. She will also be a member of Odgers Berndtson’s board and CEO practices. She is based in the firm’s Washington, D.C. office.