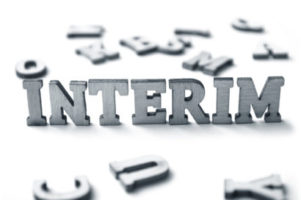 February 7, 2020 – Odgers Berndtson has launched its global interim management arm – Odgers Interim – in Boston and New York, following strong demand the search firm has seen for senior leaders working on an interim basis across the U.S.

With offices in London, Australia, Canada and Brazil, Odgers Interim’s U.S. business will be led by Paul Smith, a U.K. client partner who has been named managing partner of Odgers Interim US.

The expansion of Odgers Berndtson’s global interim management services into America is in direct response to the growing need from public and private sector organizations for senior interim leadership capabilities across almost every industry and function. These include strategy, corporate development, HR, finance, supply chain, marketing & sales, IT and cybersecurity. In particular, there are notable opportunities for interim CFOs due to the cross-sector need for high-quality, rigorous senior financial expertise.

“An accelerated pace of business and a pressing need to manage significant levels of market disruption in the U.S. is driving both large and middle market companies, as well as other professional institutions including healthcare, to seek highly-experienced senior leaders who can parachute into organizations on demand,” said Mr. Smith. “These professionals are increasingly sought after because of their hard-to-find expertise in areas such as transformation program delivery, M&A and carve-out work, and as ‘steady-hands-on-the-tiller’ to manage functional leadership vacuums.”

“In particular, our U.S. private equity, financial services and healthcare clients are looking for a more agile approach to securing senior level skill-sets,” Mr. Smith said. “In addition to being able to plug the three-to-four-month period of absence during the search for a permanent executive, interim managers are attractive because of their unique blend of strategic direction and hands-on implementation that means they can solve problems from day one.”

“As one of the only top six search firms in the U.S. with a dedicated interim capability, Odgers US is thrilled to gain this key competitive advantage,” said Steve Potter, CEO of Odgers Berndtson U.S. “Our nationwide network of clients across 14 offices can now draw from Odgers Interim’s global pool of interim managers. Paul and the rest of the Odgers Interim team are an important addition and will be a major factor in the continued growth of Odgers Berndtson US.”

Odgers Berndtson has recently experienced a wave of growth. In October, the firm added Jon Barney as a partner and head of its just launched aerospace, defense & national security practice. Mr. Barney, who has more than 20 years of executive search, leadership development and management consulting experience, is based in the firm’s Washington, D.C., office. Before joining Odgers Berndtson, Mr. Barney was a senior partner at Korn Ferry where he advised aerospace and defense clients.

Massive Shift to Contract Employment Underway
By 2025, most workers (70 percent) and employers (68 percent) agree that a majority of the workforce will be employed in an “agile capacity” (i.e. contractor, consultant, temp worker or freelancer), according to a study released by Randstad US.

In June, the firm inked a new partnership in France with the addition of Singer & Hamilton, a 30 year-old search firm that specializes in executive search and executive assessment with strong expertise in financial services, life sciences, technology, industry, fashion, luxury and private equity. Singer & Hamilton immediately changed its name to Odgers Berndtson France and will work directly with all of the firm’s entities, but will focus its attention on its largest European offices based in Germany and the Netherlands.

Related: Demand for Interim Executives on the Rise

Odgers also named Maureen Ryan as a partner in its healthcare practice. She leads the firm’s U.S. health systems team. A former international health systems executive, Ms. Ryan works with boards and executive teams to custom-build comprehensive talent strategies. She will also be a member of Odgers Berndtson’s board and CEO practices. She is based in the firm’s Washington, D.C. office.