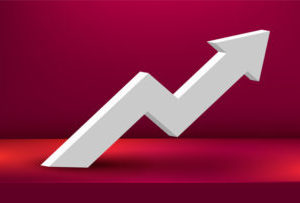 August 15, 2019 – Building on a period of unprecedented expansion, global search firm Odgers Berndtson has named Maureen Ryan as a partner in its healthcare practice. She will lead the firm’s U.S. health systems team.

A former international health systems executive, Ms. Ryan works with boards and executive teams to custom-build comprehensive talent strategies. She will also be a member of Odgers Berndtson’s board and CEO practices. She will be based in the firm’s Washington, D.C. office.

“We are delighted to bolster our capabilities in the healthcare and academic medical space,” said Steve Potter, CEO of Odgers Berndtson U.S. “Maureen has significant track records as both a recruiter and hospital administrator, and we’re excited to have her on our team.”

Ms. Ryan joins Odgers Berndtson from Korn Ferry, where she recruited executives in the healthcare, higher education, and non-profit spaces. She also advised clients on how to optimize their board diversity and governance best practices. Earlier in her career, Ms. Ryan was a hospital administrator who created patient experience and advocacy programs in a number of organizations, including Johns Hopkins Health System, MedStar Health and Hallmark Health.

Odgers Berndtson has recently experienced a wave of growth. In June, the firm inked a new partnership in France with the addition of Singer & Hamilton, a 30 year-old search firm that specializes in executive search and executive assessment with strong expertise in financial services, life sciences, technology, industry, fashion, luxury and private equity. Singer & Hamilton immediately changed its name to Odgers Berndtson France and will work directly with all of the firm’s entities, but will focus its attention on its largest European offices based in Germany and the Netherlands.

In April, the firm named Jamie Crittenberger as a partner in its U.S. sports practice. He is based in Washington, D.C. Mr. Crittenberger joined Odgers from Spencer Stuart, where he was a member of that firm’s global consumer practice and co-leader of its North American sports business practice.