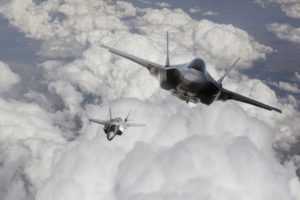 Mr. Hambley has more than 10 years of experience in executive search and consulting roles. He was previously with Korn Ferry as a principal in its aerospace and defense practice as well as a principal with RSR Partners in its industrial and innovation practice. Before beginning his executive search career, Mr. Hambley was with Booz Allen for four years as a consultant supporting numerous national security projects. He served as a security cooperation analyst for the U.S. Department of Defense, conducting comprehensive in-country assessments of partner nations’ security forces in Mexico, the Dominican Republic and Cambodia. He also supported the Office of Foreign Assets Control at the U.S. Department of Treasury. During this time, he became an expert in international sanctions and counter illicit-finance in the Middle East, Africa and Eastern Europe. Mr. Hambley began his career as captain, ground intelligence officer in the U.S. Marine Corps.

“I’m delighted to be joining Odgers Berndtson during this exciting period of growth for the firm in general and its global aerospace, defense and national security practices specifically,” said Mr. Hambley. “I look forward to continuing to work with my former Korn Ferry colleague, Jon Barney, as he leads the U.S. Aerospace, defense and national security practice helping the practice further extend its global footprint.”

Odgers Berndtson’s 250-plus partners cover more than 50 sectors and operate out of 59 offices in 29 countries. The U.S. wing of the firm launched in 2011 and is one of the fastest growing search firms in the Americas. Odgers Berndtson currently has U.S. offices in Atlanta, Austin, Boston, Chicago, Dallas, Denver, Houston, Los Angeles, Miami, Minneapolis, New York, Philadelphia, San Francisco and Washington, D.C.

Odgers Berndtson has recently experienced a wave of growth. In April, the firm opened an office in Salt Lake City, UT. The location is led by Evan McClure, a partner in the firm’s life science practice, who joined Odgers Berndtson last year and leads search engagements for CxO, vice president and board positions across the life science and healthcare verticals. With its numerous colleges, vibrant banking history and emergent tech industry, Salt Lake City is becoming one of our nation’s great talent hubs,” said Mr. Potter. “We’re delighted to be opening our doors in this market and look forward to the growth and access this facilitates.”

In March, the firm appointed Clarke Havener as vice chairman, head of board services, and as a member of the firm’s aerospace, defense and national security sector. Mr. Havener has more than 35 years of experience in executive search and talent advisory roles. He has led more than 500 board, CEO and functional leadership searches with clients both in the U.S. and abroad. Most recently, Mr. Havener served for 11 years as the global sector leader, aerospace, defense and national security in Korn Ferry International’s Washington, D.C., office.